From Medical Pluralism to Medical Marginality: Changing Dynamics Within Unani System of Medicine

In today’s world, patients have multiple choices in terms of adopting any health system for being healthy. Medical systems are generally divided into two major categories: allopathy or biomedicine and alternative medicines. 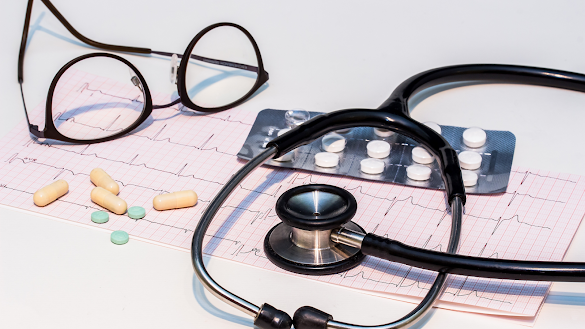 The alternative systems of medicine like Ayurveda, Unani, Siddha, Homeopathy and other systems claim that they provide an option to the patients that are efficient even without the use of chemicals and strong dose of medicines. Leslie (1998) highlighted the existence of different types of medicine alongside Allopathic medicine and termed it as medical pluralism.

He argued that although Allopathic system exists in every country, most people continue to depend on the traditional practitioners as well. Leslie and Young (1992) challenge the modernist dichotomy between tradition and modernity that people once exposed to modern medicine would not depend on ‘traditional’ medicine. Medical pluralism according to Sujatha and Abraham (2009) had become a ‘way of life’ by which people frequently chose multiple medical treatments.

By using Hardiman and Mukharji’s (2012) concept of medical marginality, this article attempts to explore the idea of medical pluralism and the shift towards marginality. The article tries to analyse marginality and power relations among different medical knowledge systems.

It aims to understand the situation of Unani system of medicine with respect to other alternative medicines as enshrined in the concept of Ayurveda, Yoga and Naturopathy, Unani, Siddha and Homeopathy (AYUSH) along with Allopathic medicine. In the process of doing so, the present research takes Unani hospital as a case in point to analyse the position of Unani system of medicine within the larger realm of healthcare.

The Politics of Knowledge Systems and Medical Pluralism

The knowledge systems of India have been dominated by colonial modernity or, as Amin (2012) calls it, Eurocentrism. According to Amin, the European narrative considered Europe and the West to be the centre of all the knowledge systems and the growth of modern civilisation, which was dominantly characterised by science and universal reason. The rest of non-European world was construed to be the periphery, which was considered to be traditional with no means to become scientific and modern.

The entire debate on the West and the non-West/tradition–modern origin of science got embedded within the different medical systems. Allopathic medicine or biomedicine is considered to be the creation of the West and hence modern, scientific, logical and, thus, efficient. Ayurveda or Unani and the other alternative systems of medicine are considered to be traditional, unscientific and inefficient. In the developmental discourse, Gusfield (1967), Escobar (1995) and others have questioned the tradition–modernity dichotomy as enshrined in the modernist discourses on society.

Gusfield (1967) refutes the assumptions that traditional societies have been static, and that modernising processes weaken the traditional structure. India is seen as being illustrated by a complex procedure of cultural hybridisation encompassing both traditions and modernities.

In such a situation, the boundaries between tradition and modern, rural and urban fade and lose their significance (Escobar, 1995). Instead of being eradicated by modernity and development, many traditional cultures survive through their, what Escobar (1995) refers as, ‘transformative engagement with modernity’.

Eisenstadt (2000) also points that the actual development and progress in modernising societies has disproved the homogenising and hegemonic supposition of Western modernity. Western model of modernity is not the only prototype of modernity; however, they have a historical superiority and continue being the reference point for others, reinforcing Eurocentric viewpoint.

This is applicable to the field of medicine wherein the traditional medical systems, in order to be a prominent healthcare system, are adapting to the new technological and scientific instruments used by the allopathic medicine, without changing its own dominant features.