A Review of the Evidence by Nicole Stremlau and Anna Tsalapatanis on Social Media, Mobile Phones and Migration in Africa 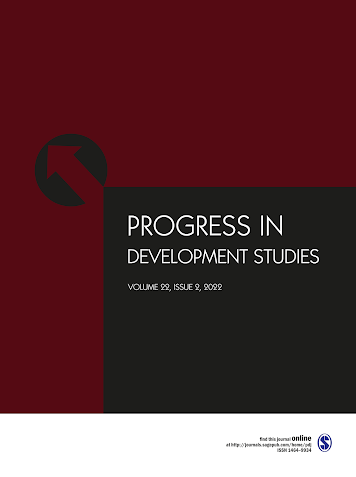 During the 2015 European migration crisis much was written about the ways in which migrants were using Information and Communications Technologies (ICTs) and social media to plan and manage their journeys. Provocative newspaper articles attempted to alarm readers with headlines such as “Smartphones are the secret weapon fuelling the great migration invasion” in the UK’s Daily Mail that went on to argue just how much these technologies had simplified the journey. Images of migrants recently arriving on the shores of Europe and holding up their mobile phones to get a signal, and map out the next leg of their route, became emblematic of the situation. Much of the research and reporting on social media, mobile phones and migration has been based on findings that considered refugees arriving from Syria and Afghanistan, raising the question as to whether these conclusions represent the experiences of other groups of migrants, such as those moving from Africa to Europe.

Our article investigates what we actually know about the use of ICTs and social media in migrants’ journeys from Africa. It uses a semi systematic approach to explore the evidence in key databases as well as through receiving submissions from a range of experts, both academics and practitioners, and particularly colleagues at African universities and their institutional repositories. We discuss the challenges associated with evidence reviews, including on subjects that have been approached qualitatively, due to the differences in method and sample, and how these limitations can be addressed.

While recognising the enormous diversity in migration pathways from Africa and the wide range of experiences migrants have, this paper demonstrates what little evidence we have about whether, and how, ICTs and social media impact or alter decision-making or the migration pathways of migrants from Africa to the EU. This is at least in part due to there being little empirical research in this area, even after having included the available grey literature. For the research that does exits, it largely falls into three key categories: the role (if any) of ICTs and social media in planning and preparing for the journey; the possible use of such technologies en route; and the ways in which technology may be used in the period directly following arrival. Much of the existing research also referred to the issue of digital poverty on the continent, where many people have limited access to devices and internet. Yet our own research indicates far more complex causal factors for the limited use of such technologies including the confiscation of all property by smugglers or criminal networks, and the frequent harsh treatment and imprisonment of migrants in transit areas such as Libya.

Our findings highlighted the sizable gaps in the literature and argued that there is an absence of evidence indicating the widespread reliance, or use, of ICTs and social media in the pathways of African migrants. This diverges from many of the generalized assumptions about how such technologies are changing and altering migration experiences and contrasts significantly with the more robust evidence of experiences from migrants travelling to Europe from other regions.