Capitalism and Racism in the Longue Durée: An Analysis of Their Reflexive Determinations 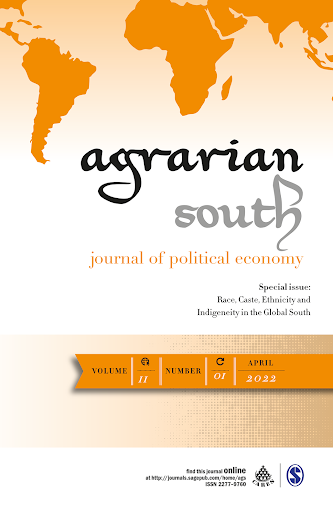 The genesis of racism, its specific features, conceptual boundaries, and position within capitalist relations of production have been widely discussed. Although there is no consensus as to what came first, and neither as to what prevails in the complex and relational dynamics of social reproduction, there is a general agreement that racism is a multidimensional phenomenon that combines discrimination and hierarchization between groups of human beings, based on naturalized assumptions and supposedly inherent differences. In this study, we examine the historical features of certain racist theories to provide a more accurate view of the reflexive determinations, in the terms provided by Marx, between capitalism and racism.

The question that matters is: what is the place of the concept of race in its genesis and, above all, what is its function in the capitalist context of class struggle? We argue that, although racism is historically linked to slavery, and even though slave labor preceded modernity, it is under capitalism that slavery became intimately intertwined with racism to become a fundamental tool for the rise and reproduction of capital. Thus, racism continued to evolve as a political ideology of domination in line with the phases of development of capitalism until the current monopolistic phase marked by eugenics.

In this itinerary, one immediately encounters a historical relationship between the African and European continent, or more precisely, between the various peoples surrounding and interacting—over the longue durée—in the Mediterranean Sea. Although there is a common belief, even in a significant part of the official historiography, insistently defending that contact between the peoples of the African and the European continents started with the advent of modern colonization, such contact goes back to ancient periods in the history of the two territories. In “classical antiquity,” the Mediterranean Sea was considered an important route for interaction, commerce, contention, and mutual influence for the peoples of both continents, although at that time, those we now call “Europeans” (Greeks and Romans) only knew the northern region of the African continent, which they divided into Libya, Ethiopia and Egypt . It is also noteworthy that before classical antiquity, despite the reciprocity of contact, cultural, economic, and political influence were unequally favorable to Egypt with its very highly developed forces of production compared to other social formations of the same period.

With the Muslim expansion into Northern Africa in the eighth century and the subsequent religious-political battle between Muslims and Christians, this contact gained a new chapter. First, the large-scale slavery, inaugurated by the Romans, reached new dimensions with the Arab-Islamic expansion based on the advent of international and intercontinental commerce of enslaved human beings in the various parts of the world known to them, and the subjection of the Africans under their domain to the condition of “Raptor States” in a process that increasingly prioritized the African continent as a large territory for the supply of commercialized human beings.

This means, in the first place, that slavery is an ancient phenomenon in human history, but it became the dominant economic form during the Roman Empire. Secondly, the Arab-Muslim trafficking of human beings—prior to European mercantilism—not only inaugurated a large-scale slave trade, but also paved the way towards a certain racialization of slavery, governed by ideological-religious notions that justified slavery based on skin colour, seen as a divine curse. Still, there is no evidence that such a form of enslavement was exclusively race-based, as it came to be later—since its victims, although in larger quantity, were not exclusively African—nor was it exogenous to the African continent. The incremental conversion of African kingdoms into Raptor States favored the consolidation of intra-African trafficking of human beings brought from sub-Saharan Africa to be sold in Egypt, Sudan, Libya, and Morocco.