This new wave of Mobilisation in Kashmir – Is it Religious or Political?

Kashmir Valley has been witnessing a decade of popular mobilization starting from 2008 and continuing till date. There have been continuous cycle of protests and killing in 2008, 2010, 2013 and even in 2016. 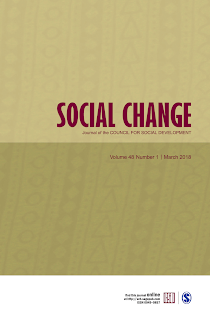 To name a few, in 2008, protests in the Valley against the transfer of land to the Amarnath shrine board mounted into violence that left close to 70 civilians dead. The 2010 protests, which were a reaction to the Machil fake encounter peaked at the death of an innocent, 17-year-old Tufail Mattoo from a tear gas canister. The protests left around 120 civilians dead. Then in 2013, the protests triggered by the execution of Afzal Guru were controlled by stepping up security and putting in place an indefinite curfew in the Kashmir Valley. Afzal Guru’s issue found a vent in 2016 and another significant factor that fed into the 2016 protests was the sentiment that the People’s Democratic Party (PDP) had betrayed the people’s mandate by allying with the Hindu nationalist Bharatiya Janata Party (BJP) to form the state government.

All of these protests and killings have only led to deepening of polarisation between a Hindu Jammu and a Muslim Valley, however the history of the conflict in Kashmir is convoluted and goes back to the Treaty of Accession signed by Maharaja Hari Singh of Kashmir on 26 October 1947.

This article from the journal ‘Social Change’ seeks to analyse this new wave of popular mobilisation in the Kashmir Valley, the article aims to locate the causal factors leading to such mobilisation; and explore the role of religion therein.