Why do Sales People Lie?

August 31, 2018
There are those who say that no one in the world goes without taking recourse to lies – white lies, minor lies, major lies and outright con jobs. Yet not all professions carry the burden of being generally untruthful. There may be other professions that might give a run for the money on the sweepstakes of being the most deceitful. A more recent study of the lies even stated that on an average people tell 1.65 lies per day.

The concern is not with them but just the salespeople. Why do they lie?

The nature of the sales chain of command has always been very military. There is an attitude that each day is a battle day for them. The market is the war zone and every day is one of combat. Most sales managers assume the role of the drill sergeant. Orders are bark out and the battalion assumes compliance. There is only one difference that sales team are unlike army troupes that march into every campaign together and fight as one unit.

Across the various surveys done with sales professionals, it appeared that the base of all lying is the reluctance to face up the possibility of failure. It seems to be the most common motivation to lie is FEAR. Sales professional must keep in mind if the business objective is to instill ethics and integrity in your business driven organization, do not fret over fear and lies. Moreover, substantially try to increase business and stakeholder risks, and they must be carefully managed. The book tries to answer both aspects of ethical and unethical practices pursued by the sales professionals in the market.

Below quote may be a predicament for salespeople but rightly stated by P. T. Barnum, one of the greatest salespeople who ever lived, was adamantly against fraudulent selling, but he recognized the subtle nuances about honesty and lying: “An honest man who arrests public attention will be called a “humbug,” but he is not a swindler or an impostor. If, however, after attracting crowds of customers by his unique displays, a man foolishly fails to give them a full equivalent for their money, they never patronize him a second time, but they very properly denounce him as a swindler, a cheat, an impostor; they do not, however, call him a ‘humbug.’ He fails, not because he advertises his wares in an [outrageous] manner, but because, after attracting crowds of patrons, he stupidly and wickedly cheats them.”

From a chapter in the book, Sales People Don’t Lie by Roshan L. Joseph. Get your copy today @ https://bit.ly/2HXXmJ5 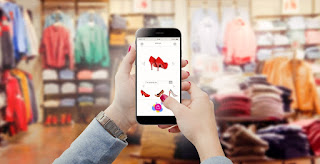