On the wee hours of September 7, 2019, we were breathlessly watching the TV screen to witness that historic event—the landing of India’s ‘Vikram lander’ on the surface of Moon. The next day the electronic and print media were flooded with images of an emotional Indian Space Research Organisation (ISRO) chief, who was in tears, unable to come to terms overlander Vikram's unsuccessful bid to soft-land on the moon.

A quarter of a century back—many of us still recall; such an image of a senior ISRO scientist—bespectacled, white-haired and with a partially grey sporting beard- who was in tears, filled the columns of the printed media. He was the key-player of the infamous ISRO espionage case of 1994, the head of the Rs 350-crore cryogenic engine project of the ISRO. There were other characters too—a couple of Maldivian ladies with the built-up image of ‘Mataharis, Indian consultant of Russian space Agency, businessmen and bureaucrats.

The ‘sensational spy case’ built and undone by state police and investigating agencies had all ingredients of a spy-thriller—women, ‘honey–trap’, foreign agents, money, technology leak, etc. It had its ripples and unease in the political circles—from the PV Narshimha Rao’s government at the Centre to the veteran Congress leader, K Karunakaran’s downfall in Politics. Some space scientists claim that even our ambitious Cryogenic project was delayed for around one decade due to the demoralization of the scientific community.

In their zest to justify their actions, the "key players" of the case—investigators, media, and political parties—always tried to camouflage the truth. What exactly was the truth? Whether the ISRO espionage case was myth or reality? And if it was a myth, why did the investigation agencies pursue a mirage causing unprecedented damage to individuals and institutions?

Closely traveling along with the ‘storyline’ of the case, through interaction with the so-called accused, interrogators and investigators, media analysts and legal experts, K V Thomas, ex-IB officer have tried to give true answers to such crucial questions in the pages of the book ISRO Misfired: The Espionage Case That Shook India. And this title will really take you to many grey areas of our intelligence architecture, professionalism of enforcement agencies, approach of the scientific community, polity and established system and concept of public justice. 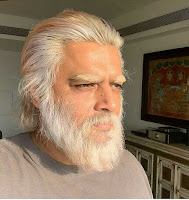 Rocketry-The Nambi Effect, a movie on the ISRO Scientist Nambi Narayanan’s life is set to hit the cinema halls soon. With renowned actor, R Madhavan playing the lead role the much-awaited movie is expected to be a huge hit!

But before that happens, grab your copy and delve into India's most sensational spy case because as they say,

"THE BOOK IS ALWAYS BETTER THAN THE MOVIE!"