One Belt One Road: US Perspectives on China’s Belt and Road Initiative 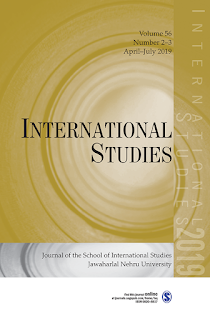 China’s Belt and Road Initiative (BRI) is one of the most ambitious development projects ever undertaken, comparable only to the post-World War II Marshall Plan and China’s own Three Gorges Dam project. Significantly, China deftly presented it to the world as a civic economic project designed to benefit all participating countries and many other countries where its effect was expected to be indirect but positive.

Many countries have expressed enthusiasm for the project, while others have reacted more warily, expressing concerns over the amount of indebtedness it may entail or giving voice to various geopolitical anxieties. The position of the United States, as the world’s largest economy, with respect to the Belt and Road (originally ‘One Belt One Road’, hereafter ‘BRI’) in Central Asia and Caucasus, is of significance not only to China but also to all the other countries affected by it.

The United States and its reaction—

About the time China announced its BRI, there was much speculation in the West that the United States might oppose it. Inevitably, the Washington think tanks produced numerous papers reviewing the position of regional governments and advising the American government on what it should and should not do.

The Chinese sponsored Institute for China–America Studies predicted trouble ahead (Chance, 2017). Others took a less anxious view, and still others concluded that the USA was likely to take the new project in its stride.

From the outset, there were solid historical reasons for thinking the US response might be positive or at least neutral. After all, the US government constructed the Transcontinental Railroad, a 1,912-mile (3,077 km) rail link between the eastern and mid-western rail network and the Pacific, completed in 1869. And it later built the 51-mile (82 km) Panama Canal, opened in 1914. Surely, these projects, and others that could be cited, anticipate China’s BRI.

Both the United States and China have long histories of digging canals on their own territory to strengthen economic links between disparate regions and for using transport as an engine for economic development.

The success of China’s effort to open land transport corridors across Central Asia and through the South Caucasus to Turkey will ultimately depend not on the infrastructure, which is a prerequisite, but on the market. Thus, any judgement on the long-term viability of the BRI, and hence any projection of the US response to it, must wait until the governmentally driven infrastructure phase has been completed and the market begins to offer its judgement.