Are We in the Endgame Now??

October 03, 2019
We indeed have a long way over the past century in this glorious field of orthodontics, from non-programmed to fully programmed appliances, mandibular growth modulation, the extraction–non-extraction see-saw, self-ligation, the various surgical and non-surgical methods to manipulate the craniofacial bone biology in our favor, and a shifting focus on patient perceptiveness; the journey has been tumultuous but in a way rewarding as well. 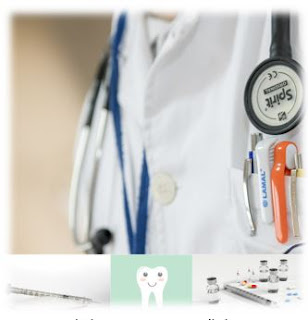 However, given the narratives of some prominent researchers and some of the ways orthodontic companies conduct their affairs, we are at an interesting crossroad for our profession. While some have considered this as the start of the “endgame” in the orthodontic chessboard, the actual situation may not be so bleak.

We, as orthodontists, should strive to achieve excellence through what one described as “accepted orthodontic practice”, easily defined as “treatment based on credible scientific evidence published in peer-reviewed journals”.

This is pertinent as we are slowly and yet steadily moving toward an electronic summation system (taking into account all the existing levels and volume of evidence) which would eventually have the capacity to suggest a specific mode of therapy based on the patient’s clinical history and presentation.

But coming back to the present, a particular treatment course for a patient usually depends upon a healthy balance between clinical experience and the available research evidence.

Lately, largely due to the increasing influence of electronic media and an influx of articles in favor of new and radical modalities with minimal or no solid scientific backing, many researchers feel that the scale is tipping in the wrong way in the favor of commercialism, risking the quality of accepted orthodontic practice we should ideally provide to our patients. In addition to this, the supposed conflict of interest of some of the authors in such articles has also become a cause of worry in the way certain methods are supposedly highlighted.

Now there are 2 ways to look at this, one, accepting the fact that consumerism and commercialism have grown as a considerable factor in driving the orthodontic market. If it were not so, the “aligner” boom being observed would not occur at the rapid rate it is currently seeing. Two, accepting and acknowledging a sense of responsibility and understanding that we share as practitioners, researchers, caregivers and key opinion leaders.

We must realize that every company marketing a particular product would look toward highlighting a competitive edge it holds over the others, which may not necessarily be in line with the available scientific evidence. But rather simply calling them out for the obvious flaws, it would be more prudent, in my humble opinion, to design well-structured high-powered trials around the same to see whether the claims hold true.

Not only does this allow for the science to continue to have an existential meaning but it also fuels the fervour and temper of our younger fraternity members. The best on-field examples in this regard would be the outcome (objective and subjective) of over-the-top marketed products like clear aligners, self-ligation, and orthodontic acceleration.

This approach requires us as a community to have an open yet cautious mind while attending the trade fair meets or sponsored programs of orthodontic companies. 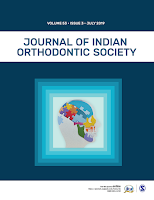 All in all, the true future of the field lies with us, and WE must introspect and question relevant aspects when a new technique/appliance is introduced, irrelevant of its media research but all the while maintaining a standard dignity that allows us to be called doctors of this great science. If we all do our just and rightful part, who knows we would not need to gather a fictitious gauntlet to snap away the follies of the past.

—Taken from Are We in the Endgame Now?? By Puneet Batra, Editor of Journal of Indian Orthodontic Society.