The world of business is rather bizarre. Globally, over $2 trillion worth of transactions chases the mirage of mergers and acquisitions (M&As). Believe it or not, three out of four transactions fall on its face. Mistakes just galore!

M&A is a seductive strategy to jump-start growth, to fulfil ambitions to showcase corporate stature or to boost performance. However, most mergers meet with abysmal failure in their quest to achieve quick success. 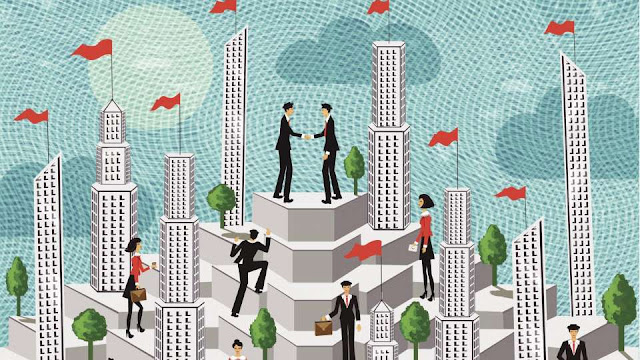 To cite an example, Microsoft learnt an $8 billion lesson when it acquired Nokia’s mobile business in 2014, only to jettison its plans a year later. Microsoft committed a huge mistake by wanting to build a third ecosystem within the smartphone business, apart from the other two well-established global duopolies of Google–Apple dominating ‘software’ and Samsung–Apple dominating ‘hardware’. Microsoft’s dream was to have a single platform that ran on PCs, laptops, tablets and phones, and to be able to sell applications that run Windows—but was botched.

Can you believe that even the investment legend Warren Buffet made mistakes in his acquisitions?

He had an expensive failure recently when he took a loss of over $870 million on $2 billion of debt in Energy Future Holdings, a Texas energy company. The company is struggling with bankruptcy unless natural gas prices go up a lot. Acknowledging his mistake, he said that he did not consult his long-time investment partner, Charles Munger, before taking on the debt. ‘Next time I’ll call Charlie,’ Buffett said.

Comprehensive research throws more light on the dismal outcome of M&As. The S&P Global Market Intelligence August 2016 report on mergers and acquisitions found that among Russell 3000 companies (benchmark of US stock market) making significant acquisitions, post-deal returns generally underperformed those of their peers.

This study showed that M&A companies lagged significantly behind the pack of the universe of research companies.

Despite the oft-repeated assertion that M&A helps businesses to grow better and faster, companies with M&A undertones are more likely to destroy value than benefiting from their acquisitive-bent of strategy.

M&A as a strategy is over-hyped. A lot of care and caution needs to be taken to make it work.

Article credits: Robin Banerjee, author of  WHO BLUNDERS AND HOW