The article is contributed by Naresh Chandra Saxena,
author of What Ails the IAS and Why It Fails to Deliver

According to the Hindustan Times, dated 5th November 2019 Prime Minister Modi warned the top bureaucrats present at a meeting that they had spoiled his first five-year tenure but that he would not allow them to spoil the second. Holding the bureaucracy responsible for complacency and delays in programme implementation the Prime Minister seems to have decided to hold a common foundation course for all Group A services from 2020-21 and allocate services on the basis of their performance in that course. It is learnt that while addressing the IAS trainees at the Mussoorie Academy some months back the PM got very angry with them as he found some sleeping in his class! 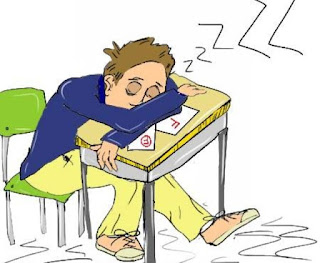 The decision to give weight to a trainee's performance in the Foundational Course in allocating service or cadre, however, has several flaws. It is impossible for the Academy staff to judge each trainee out of a thousand objectively. Those with English medium background and good in extra-curricular activities would tend to dominate the Foundational Course. Officers from poorer backgrounds would be hardly noticed, though they too may do quite well later in their careers. If their service or cadre is determined on the sweet will of the faculty, the training environment would degenerate into servility and fear. Lobbying and politicking will enter the process. They would leave the Academy with disgust and anger and would start their service with allegations of favouritism, representations, and even litigation. Rather than turning out officers with moral courage, integrity and protectors of ordinary peoples' rights, the Academies will produce self-serving buffoons who would 'lick up and kick below'.

PM's anger with the poor performance of the IAS is certainly justified, but the solution lies in improving governance at the states level; by providing stability of tenure and incentives to acquire domain knowledge, by better monitoring and holding civil servants accountable for outcomes, and other reforms, discussed in my new book, 'What Ails the IAS and Why It Fails to Deliver'.

This disclaimer informs readers that the views, thoughts, and opinions expressed in the text belong solely to the author, and not necessarily to SAGE Publications India Pvt. Ltd.