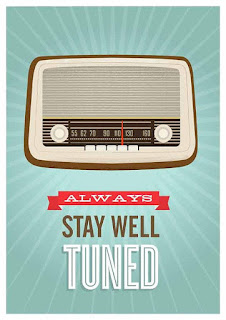 Want to be an RJ? But, ambivalent about the industry and scope for employment?📻
The author of this article, Sayed Mohammad Amir was the former Cluster Programming head & Radio Jockey for 92.7 BIG FM. SAGE is the proud publisher of his book “The Radio Career Book". SAGE has a fast-growing list of high-quality textbooks on Media and Communication Studies.

When television sets became commonplace, people remarked that radio will now be dead, who would want to listen to the radio, when they have the television.
Albeit not only did radio survive, but it also became even more popular with the introduction of FM.

Then came the next threat, the internet, again the same cynicism that radio will die because people will rather spend their time on the internet.
Once again radio turned out to be equally powerful and the internet per se had little effect on radio listening. The programming somewhat responded to each new stimulus by adapting accordingly. It should have adapted more, as programming is fluid, it is not static.

What is radio programming?
If you ever wondered whether arts and science could merge to create beautiful conversations then come to the world of radio programming, which at one end is about gut feeling, listeners, and creativity while at the other it is about data, reach, revenues, and technology. Radio programming is how we create the sound of the radio; it is the content and the identity of a radio station.
Whenever you listen to a radio station, you get this feeling at the back of your mind, which can be summed up, in adjectives: youthful, trendy, humorous, mature, caring, playful and many more. This is what programming does. It fashions the personality. It is also the reason why people usually respond to listening to their favourite radio channel because they get a certain feeling or vibe, which is usually positive.

Why?
Because like our relationships, we take it for granted. Even though we say the lines of communication are open but are we really listening? We go with our premises about what we think the listeners will like and we start serving what we want and not what they want.
In the business world, there have been so many examples of this mindset at play. Read about the fall of Kodak, Nokia, BlackBerry, Blockbuster etc. and you will find similar narratives, they thought that they knew best and resisted the feedback of millions.
This is why, as a beginner in the industry, you need to keep a check and prevent yourself from falling for this fallacy. Keep your mind open to new information, which sometimes will go against your versions.
To create the best radio is to let go of the control and incorporate novelty as often as possible.
However, the novelty here is not supposed to be misunderstood with inconsistency. The product always has to be consistent. You cannot be all over the place, it will create confusion and will drive the listeners away. The brand, the product, and the values have to be consistent.
Take an example from one of the very popular comedy shows. You know the characters, you know their nuances, and you know what the program is all about, yet every time you watch a new episode you are entertained. The jokes, the situations, and the story are all different, and yet the narrative is consistent.

Remember this: What the listener wants, what value addition do I provide and what is the experience like? 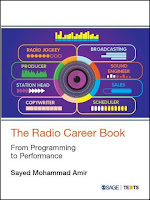