Rules for Focused Success in a Distracted World!

In a world of distraction, the ability to deep work is king. 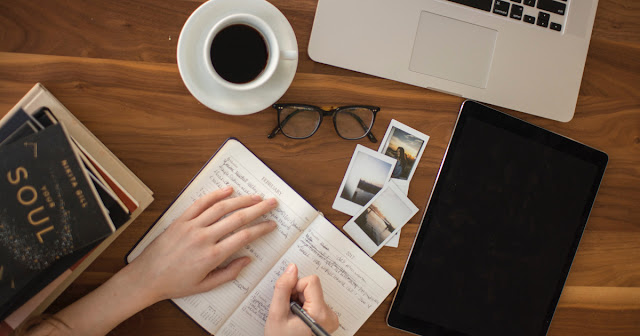 To remain valuable in the new economy, mastering the art of quickly learning complicated things is paramount.

This kind of task requires ingraining a crucial ability called deep work to stay competitive in a globally competitive information economy.
However, a 2012 McKinsey study found that the knowledge worker on an the average is spending more than 60 percent of the workweek engaged in electronic communication and Internet searching, with close to 30 percent of a worker’s time dedicated to reading and answering e-mails.
Cal Newport in his Wall Street journal bestseller book Deep Work: Rules for Focused Success in a Distracted World has a valid reason to state that ‘the reason knowledge workers are losing their familiarity with deep work is well established: network tools’. It is quite evident that the rise of social media networks combined with ubiquitous access to them through smart phones and networked office computers has fragmented most knowledge worker’s attention into slivers.
There is increasing evidence today of the knowledge workers not been involved in cognitively demanding tasks qualified as deep work but rather in more logical style mundane tasks, which the author refers to as shallow work. To substantiate with an example, say, if we set about trying to brainstorm different approaches to a problem at hand, that is deep work. If we just answer a reply all in a department, that’s shallow work. The author observes that if our nature of work is primarily shallow in nature and does not warrant intellectual abilities, we increasing lose our capacity to perform cognitively challenging work referred to as deep work by the author. Therefore, the proposition of the book is based on the hypothesis that the ability to perform deep work is becoming increasingly rare at exactly the same time when it is becoming increasingly valuable in our economy. As a consequence, the few who cultivate this skill, and then make it the core of their working life, will thrive.
The entire book has two goals, pursued in two parts. The first part (in the form of rules) tries to convince the reader that the deep work hypothesis is true. The author states that machines are replacing human abilities in the present organizational context. Employers today prefer new machines to recruiting people. Therefore, in this new economy, three groups of people will have a particular advantage if they wish to overtake: those who can work well and creatively with intelligent machines; those who are the best at what they do; and those with access to capital. Newport in his book has impressed on two core abilities for thriving in the new economy: ‘the ability to quickly master hard things’ and ‘the ability to produce at an elite level, in terms of both quality and quantity’. The question arises, how does one cultivate those core abilities? And it is here that the readers arrive at the central thesis of the book. The author states that ‘the two core abilities just described depend on your ability to perform deep work’. However, the dependence on these abilities of deep work is not immediately obvious; it requires a closer look at the science of learning, concentration, and productivity.
Learning hard things quickly, one must focus intensely without any distraction.
Therefore, the author states that serious learning is an act of deep work that materializes through deliberate practice. The core components of deliberate practice are in the form of attention on a specific skill one need to master and receiving proper feedback to correct one’s approach. The author highlights that the practice of deep work should not only be promoted by ambitious individuals, but the strategies are also expected to boil down to organizations with a hope to get the most out of their employees. While defining business as a proxy for productivity, Newport states that ‘in the absence of clear indicators of what it means to be productive and valuable in their job, many knowledge workers turn back towards an industrial indicator of productivity: doing lots of stuff in a visible manner which is shallow in nature’. This potent mixture of job ambiguity and lack of metrics to measure the effectiveness of different strategies allows behaviour that can seem ridiculous when viewed objectively to thrive in the increasingly bewildering psychic landscape of daily work (Issacson, 2013). The author cites examples to describe the mindsets and biases that have pushed business away from deep work towards more distracting alternatives.
Another issue muddying the connection between depth and meaning in knowledge work is the cacophony of voices attempting to convince knowledge workers to spend more time engaged in shallow activities. The author has made three specific arguments to support the claim that deep work can generate satisfaction in an information economy.

The book prescribes six strategies (decide on your depth philosophy, ritualize, make grand gestures, do not work alone, execute like a business, be lazy) which are designed based on the science of limited willpower. These strategies can be comprehended by the reader as an arsenal of routines and rituals to maximize the amount of deep work. Some of these strategies are deployed with simple heuristics to hijack one’s brain’s motivation centre, while others are designed to recharge the willpower reserves at the fastest possible rate. The author has tried to convince the readers that there are many different ways and strategies to integrate deep work into one’s schedule, and it is, therefore, worth taking the time to find an approach that works for the reader.
Succeeding with deep work requires rewiring one’s brain to be comfortable while resisting the distracting stimuli (Krieder, 2013). This does not mean that one needs to eliminate distracting behaviours. Rather, ‘it is sufficient that you instead eliminate the ability of such behaviors to hijack your attention’. Newport has proposed strategies of scheduling Internet blocks that go a long way towards helping to regain the attention with blistering intensity. The author has suggested adopting one of his very own deep work training methods: productive meditation which he practised during his post-doctoral associate tenure at MIT. By returning one’s attention repeatedly to a well-defined problem, the process of productive meditation helps strengthening the distraction-resisting muscles while pushing one’s focus deeper and deeper on a single problem.
To master the art of deep work, the author advises to take control of one’s time and attention from the many diversions that attempt to steal them.
For a knowledge worker—especially one interested in cultivating a deep work habit—the author says, ‘you should treat your tool selection with the same level of care as other skilled workers, such as farmers’. To generalize his assessment strategy, the author has proposed ‘craftsman approach’ to tool selection, a name that emphasizes that tools are ultimately aids to the larger goals of one’s craft. The ultimate agenda is that
if you give your mind something meaningful to do throughout all in your waking hours, you will end the day more fulfilled, and begin the next one more relaxed, than if you instead allow your mind to bathe for hours in the semiconscious and unstructured web surfing.
In a world of distraction, the ability to deep work is king.
It is in these deep periods of concentration that knowledge workers create the most value. Fundamentally, a deep work habit requires treating one’s time with utmost respect (Masicampo & Roy, 2011). A good first step towards this respectful handling is to decide in advance, ‘What we are going to do with every minute of our workday?’ It is natural, at first, to resist this idea, as it is undoubtedly easier to continue allowing the twin forces of internal whim and external requests to drive one’s schedule. In a nutshell, the book is best described as an attempt to formalize and explain the attraction to depth over shallowness. Newport has prescribed the rules towards ruthlessly culling the shallowness while sharing the steps to cultivate the intensity of depth. Aside from the core content of the book, personally we have really enjoyed all of the stories and anecdotes. There are a lot of interesting titbits about the lives of famous and successful people. 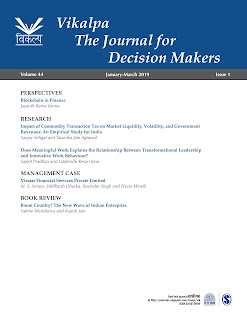 With a mix of cultural criticism and actionable advice, Deep Work takes the reader in a journey through memorable stories—from Carl Jung building a stone tower in the woods to focus his mind, to a social media pioneer buying a round trip to Tokyo to write a book free from distraction in the air. Finally, to cultivate an ability to produce real value in an increasingly distracted world, and to recognize a truth embraced by the most productive and important personalities of generations, past readers of the book may very well agree that a deep life is a good life to live with. It is a monumental book that will really help change the way people work, and live.

—Taken from Deep Work: Rules for Focused Success in a Distracted World in Vikalpa: The Journal for Decision Makers