Lyla Mehra mother of a ten-year-old Zener narrates a small incident. “When I was a child, once I had a rather strange dream. In my dream, I was pelting stones at my father. I loved my father the most and hence the dream left me very sad and heartbroken. When I shared this dream with my father, he laughed and pulled me close for a tight hug. So many years have passed since that incident, yet that dream and how I felt after having the same, remains fresh in my mind till today. I thought of sharing a similar dream with my son and see if he had the same reaction as myself. One fine day, we were relaxing on a weekend in our garden and I told my son Sunny, that I had a dream last night that he was pelting stones at me. Sunny didn’t even blink an eyelid and shot back at me – but why were you not doing self-defence? I broke into a guffaw. His response and reaction were hilarious. But what surprised me was the way he processed the information. It was nowhere near to the way I had done when I was about his age. This generation is different.”

Lyla may have concluded about a generation too soon, but she is not incorrect when she says they are different. Every generation is different than the previous one because they have grown up in a different environment. However, when we talk about Zeners or Generation Z, born year 2000 and after, they have grown-up is a transformed time – a VUCA world – volatile, uncertain, complex and ambiguous world rocked in a cradle of ubiquitous technology. A generation born into social media, smartphones and smart gadgets, they are inundated with information, uber-connected and may be among the highest potential generation, the world has ever seen. But at the same time, they are perhaps the most vulnerable growing up in a cyber-age where dangers lurk around both in the real and virtual world. 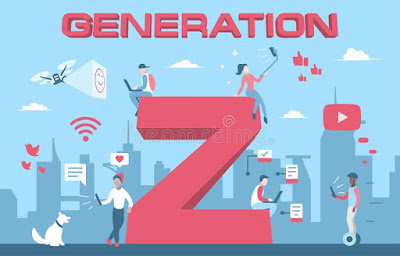 When Meera and Srijan gifted their thirteen-year-old son Hridyam with a smartphone on his birthday, little did they knew that their son would become a victim of cyberbullying. Sucked into a game called the blue whale challenge, a game that psychologically manipulates young minds and leads them into a path of causing self-harm and suicide. Luckily for them, they realized before it was too late and could salvage their son from the existential crisis. On the other hand, many schools are introducing digital tablets that are fast replacing books and notebooks. Online tutoring companies like Vedantu, Byju are cashing-in on the digitalization of education and reaching millions of kids tutoring them online, making a fortune out of the opportunity. Digital technologies offer an unlimited realm of opportunities for the Zeners but at the same time parents, teachers are worried about disturbing social behaviours emerging amongst zeners like mobile/digital addiction, nomophobia, pubbing, substance abuse to name a few. So is digital good or bad for the zeners? Is there a way to achieve a happy digital balance, that weeds out the harms and retains the virtues? Such questions and dilemmas are common amongst parents of zeners and among everyone who manage them.

While writing the book ‘The Life of Z: Understanding Digital Pre-Teen and Adolescent Generation’ I had the opportunity of talking to countless zeners, their parents, teachers, tutors, child counsellors, child psychologists, paediatricians and I came across such contrasting stories. There are a group of school children who have turned their school project into an entrepreneurial journey while many others are struggling to realize their dreams because they find low acceptance of their ideas with their elders. Oliver has so much information on his tablet that he can crack the most challenging quizzes, yet all that matters at the end of the day are his grades in school where he finds no use of his knowledge of the world. But there are also parents like Subalaxmi who after understanding the aptitude and personality of her child has dared to homeschool him and her son Akash has excelled in many ways including being invited by a well-known scientist to work in his lab. There are parents like Mukta and Sudhanshu who have supported their five-year-old daughter in her pursuit of art and their five-year-old daughter Kamakshi’s name has entered the India book of records for being the youngest Mandala artist. Interviewing Bollywood celebrity kids like Jannat Zubair (of tv series Phulwa fame), Ricky Patel (Tubelight with Salman Khan), Jineet Rath (Talash with Aamir Khan) their life stories are interesting and filled with insights on parenting this modern generation. But I also came across parents torn apart by trauma whose only twelve-year-old son killed himself in Bangalore, depressed by bullying and his inability to share his anxiety; another parent who lost their child who killed himself unable to cope with relationship stress. The high potential, high intelligence and high ability of this generation is true on one hand, but in the world that they live they find their homes changing, pressures mounting and the world becoming more predatory, they find themselves prey to anxiety, depression and vulnerable to poor mental health. Their susceptibility is often disproved by many terming it as jitters of growing-up, but such people fail to count the transformed environment that magnifies their challenges.

Being a parent of a teenage zener myself, being in the profession of teaching and dabbling with social psychology, I can understand that parenting, teaching or counselling the zeners is not at all an easy task. This generation is nothing like we were as kids or even what millennials were when they were growing up. They live in a different time, grow in a different environment and mature early in many ways, yet are susceptible to falling prey to online and offline predators.

There is a need to understand them and their life issues that are often complex. Without doing the same, the path is that of ignorance. Who do you blame here? Hard to tell. I would not blame the zeners, or their parents, teachers or whoever manages them. Often, we are ourselves confused or our thoughts are not integrated and zeners get confused by the varying voices.

However, one thing is clear that the older generation has to assume responsibility. The contrasting stories also make it clear that the right understanding and right guidance of the older generation can do wonders, but a failure is seldom an option. The parents/teachers have to stop projecting their childhood or their issues on the present generation pre-teens and adolescents; make a concerted effort to understand the times that they live, empathize with them and their life issues; and then manage them. Only then the efforts will be synchronized at home, at school and in the society at large, and we will be able to connect with this generation and raise them to be functional happy adults.

Zeners make close to 32% of the world population and together with millennials hold the key to our future and the future of this planet and human civilization. Any short-sightedness in understanding them will be catastrophic, to say the least.