Declining Social Control and the Rising Deviant Behaviour in India

Horrendous offences are increasing in contemporary India. Alarmingly, these degrading incidents are not confined only to the youth, and nor are they contained in the private sphere of individuals. The alarming increase in instances of mob lynching reveals that the morally repugnant behaviour has also engulfed the public domains of the Indian society.
The fact is further corroborated by rampant corruption, which has enveloped almost all sections of the Indian society such as politics, government bureaucracy, police, judiciary, medicine, health care, armed forces, banks, businesses, industries, education and science and technology. Unsurprisingly, the Berlin-based ‘Transparency International’ reported in its Corruption Perceptions Index 2017, that India is one of the most corrupt countries, ranking 81 among a group of 180 countries surveyed.
The report also indicates that the rate of corruption in India has significantly increased as compared to that of 2012.1 Besides, as shown in Table 1, rates of cognizable crimes have also increased over a period. In the year 2016, a total 48,31,515 cognizable offences committed under the Indian Penal Code and Special and Local Laws were recorded, showing an increase of about 6 per cent over the year 2014. And the crime rate increased from 367.5 in 2014 to 379.3 in 2017.

Normally, such crimes are attributed by the media either to psychological factors such as individual abnormality, fury, passion or crowd behaviour or to the administrative factors like the failure of the law and order machinery of the society. But such explanations are trivial. To give a more comprehensive explanation of the mounting degree of deviance in India, deeper societal and moral factors need to be explored, since such crimes are indicative of the decaying moral fabric of Indian society.

Evidently, other societies, including modern Western ones, are also not free from grievous crimes including mass killings related to ethnic cleansing or holocaust (de Swaan, 2015). However, some of the explanations of those phenomena also appear to be less than satisfactory. For instance, one such account, known as the situational explanation, formulated by Milgram (1974) and Arendt (1963–2006), attributes such crimes to the immediate situation that causes normal people to commit evil acts, meaning thereby: ‘Under identical circumstance, anyone might commit a similar crime’.

Alternatively, the Dutch sociologist, de Swaan, proposed a socio-psychological explanation (2015). According to de Swaan, the social and psychological compartmentalisation of the predator and victim, caused by indoctrination and brainwashing propaganda, is responsible for the monstrous acts of genocide committed by the Nazis. Apparently, such explanations have an element of truth, but are inadequate from the moral and sociological standpoints.
Interestingly, sociologists have formulated several fascinating theories of crime and deviance. For instance, the 19th-century French sociologist, Emile Durkheim, one of the founders of modern sociology, was the first to formulate a sociological theory of the deviant behaviour. Explaining the variance in suicide rates in different groups, he argued that it was a societal rather than an abnormal individual phenomenon. 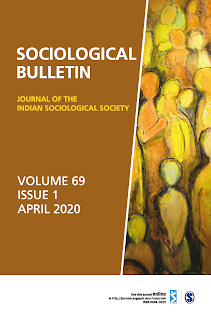 Inspired by Durkheim, Merton, the renowned American (sociolo)gist, developed the structural–functional theory of anomie (1968). Identifying four types of deviant behaviour, namely innovation, ritualism, retreatism and rebellion, Merton argued that they were the dysfunctional consequences of: (a) the overemphasis on the goal of success along with the underemphasis on culturally prescribed legitimate means to achieve it, and (b) the structural inequality of opportunities in the American society (1968, pp. 198–258).
On the other hand, Lemert (1951) and Becker (1963) of the symbolic interaction school have proposed the labelling theory, attributing the cause of deviance to the process of labelling the deviants as ‘deviants’, who, in turn, owning that label, behave accordingly. In contrast, some sociologists proposing the conflict theory of crime argued that the deviance is caused by social inequalities and associated power dynamics (Liazos, 1972).