The Market is Down. So What? 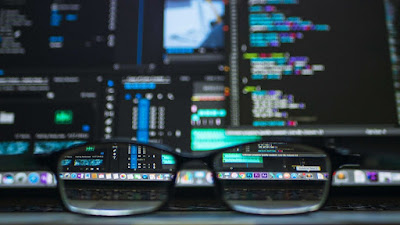 Ever since the COVID-19 outbreak, the economy has been hit across geographies. India is no exception as the BSE Sensex has fallen from the level of 41,000 in mid-February 2020 to 29,000 by the end of March 2020. Naturally, the investors are worried as many of them have lost in the range of 30 per cent of their stock holding. Also, there is an air of negativity and pessimism with many investors selling a part of their portfolio and some exiting the market.

Now the obvious question comes; are investors doing the right thing by selling and if not, then what should be an ideal recourse in such a situation.

Before we try to answer this, it would be wise to review a similar situation in the not so distant past.
In the summer of 1998, there was a sharp decline in the US stock market. The Gallup organization polled investors in both June and September of that year – before and after the market decline – on what they thought their own portfolio returns and that of the overall market, would be. And the results are tabulated below.

From the above table, we observe two things very clearly. The first is that the average investors think that he/she will do better than the overall market by nearly two percentage points. The second is that since the market has fallen by nearly 15 to 20 per cent (from June’98 to Sep’98), the stock market returns expected by the investors have decreased post the market decline.

Now both the investors’ expectation is not only wrong but is detrimental to their own portfolio growth. Let us see how.

The first observation that a typical investor thinks his portfolio can beat the market by nearly two percentage points is mathematically impossible. While it is possible that some of the investors would do better than the overall market next year, it is impossible for everyone to do so.  Afterall everyone can’t be above average. In fact, a typical investor must obtain the market return less the expenses and transaction cost. Even a cursory glance on the table above would reveal one simple fact that people tend to be overconfident on their abilities and their choice of stocks pick and they are too optimist about the return they expect from their portfolio.

The second observation (which is more critical in the present scenario), that investors reduce their expectation from the stock market after a fall in the stock market is rather more surprising. Consider an example. On January 1, you buy a gold coin for ₹30,000. In the next one month, the price of the gold decreases and your colleague buys a similar coin for ₹25,000. Then on December 31, both of you sell the coin at the prevailing price at that time. Now, who do you think has earned a higher interest? If you do your math correctly taking all the possible scenarios of gold coin price on December 31, you will realize that your colleague would have earned a higher return. Why? It is because he purchased the same thing at the lower price. So, no matter what the gold coin price was as on December 31, your colleague would have earned ₹5,000 more than you because he paid less by the same amount.

Viewed in this context, it is astonishing that any rational investor would impute lower expected returns from falling stock prices. A falling stock price is rather an indication for a higher future stock return. However, since we tend to overweight more recent data and underweight older data, we usually lower our expectation about the stock return from the stock market once the market starts to fall.

And this is one of the reasons why people are selling their entire portfolio and exiting the market during this bearish period incurring heavy losses and carrying remorse of investing in the stock market. However, the ideal action required during this period should be to buy stocks at discount. But selling or exiting the market when it has declined is one of the silliest things one can do for his/her wellbeing.