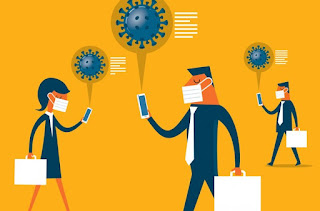 Jaishri Jethwaney is a visiting Professor, Media and Communications, Institute for Studies in Industrial Development (ISID), New Delhi.  SAGE is the proud publisher of her book “Corporate Communication, 2edition”. SAGE has a fast-growing list of high-quality textbooks in Communication and Media Studies.

Crisis communication is an integral part of corporate communication. Organizations and spokespersons from various stakeholder groups, have to be extra cautious and careful during critical times so that they do not unwittingly ruffle feathers and are seen as apathetic and insensitive. Crisis often comes unannounced as the Covid-19, which took the world by an unpleasant surprise. Hundreds of thousands of people are infected cutting across geographical boundaries and economic and cultural divide. Hundreds of thousands of people have lost their lives. While the crisis has not yet abetted, there are many lessons to learn.

Let us look at it from the perspective of various stakeholders who in a way are crisis managers:

Authorities: When a crisis strikes, there could be an initial shock and lack of preparedness, but those in charge have to have sharp reflexes to get on with the business of handling the crisis especially when human life is involved. Here comes the role of pre-thinking. When a complete lockdown was announced, asking people to remain where they were, it was easier said than done. Millions of people who are termed as ‘migratory labour’ had nowhere to go, with loss of jobs and no roof on their head, many thousand started walking to their homes, which in some cases were even 2000 miles away! Despite the ‘stick and carrot’ approach, it did not stop, some losing their lives, other gasping for life in the absence of food and water. Media brought to our living rooms stories of suffering and also grit and human spirit. In a crisis situation, communication especially from authorities has to be continuous, repetitive  and empathetic to build confidence and not scare them.

NGOs: Not caring for their lives, many NGOs came out to provide food and essential commodities to the displaced. No effort is small, but the job happens to be mammoth. The authorities and NGOs put together did what they could, but the gap was there to see.

Corporate Inc.: The organizations’ intent has to match with public interest. Many came forward with donations. The issue, however, was different.  The fire of hunger was no less than the scare of Covid-19 as many daily wagers and displaced persons said they had to choose between the devil and the deep sea.
Media: Some were good and many were noisy. In its watchdog function, the news media acquires a very important role in bringing issues in the public domain. This was no time for histrionics and playing to the gallery, but some did with aplomb, the political divide was there to see.  Media needs to do some introspection on its role. In summation, in a crisis situation, all the stakeholders have to have the ‘Rights Approach’ in dealing with people, especially those on the fringes and marginalized communities and not the usual  ‘WE and Them’, the TOP-DOWN approach.
Get the SAGE textbook Corporate Communication,2e by Jaishri Jethwaney 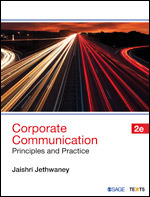