Orphanage trafficking, where children are recruited or transferred into residential care institutions for the purpose of exploitation and profit, is regarded as an emerging form of child exploitation internationally (Bales, Hedwards, & Silverman, 2018).

In 2017, the Australian government considered how Australians might be participating in the orphanage industry through funding, visiting and volunteering in orphanages as part of its inquiry into whether Australia should have a Modern Slavery Act. The inquiry considered extensive evidence submitted by Australian and international non-governmental organisations and experts on the over-reliance on the institutionalisation of children globally, and Australia’s potential contribution to the issue via funding and voluntourism.

A particular focus of the inquiry related to the recruitment of children into residential care facilities for the purpose of exploitation and profit, a process known as orphanage trafficking (van Doore, 2016). The Hidden in Plain Sight Report released in late 2017 included the world-first recommendation that Australia should regard orphanage trafficking as a form of modern slavery (Australian Government, Joint Standing Committee on Foreign Affairs Defence and Trade, Commonwealth of Australia, 2017).

This article outlines the steps that Australia has taken since the release of the Hidden in Plain Sight Report to stem the flow of funding and volunteers to orphanages overseas.

It outlines how policy and legislative reforms have taken place in the regulation of charities, voluntourism and modern slavery to attempt to impact Australia’s unwitting participation in the ‘orphanage industry’ (Cheney & Rotabi, 2015). The article details government actions, from advertising and awareness campaigns to the requirement to report on the mitigation of the potential of orphanage trafficking in corporate supply chains.

More broadly, while it argues that a spotlight on orphanage trafficking has enabled child protection advocates to re-enliven and re-educate policymakers and legislators on the harms of institutionalisation, it also highlights that this approach has not been without critique.

In particular, child protection experts warn that a concentration on addressing orphanage trafficking and ‘scam orphanages’ can obfuscate awareness of the nuances of alternative care (Nhep & van Doore, 2018), and also that employing trafficking discourse to address the social issue of the over-use of institutional care of children may not be beneficial (Bearup, 2019).

It is essential that the Australian government continues to build on the momentum that has been established by continuing to enact the reforms recommended in the Hidden in Plain Sight Report. 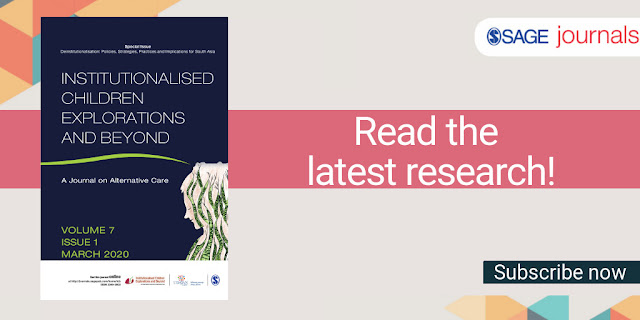