Self-employed or Paid Employed: Who can Earn more among the Slum Dwellers and Why?

May 05, 2020
Cities need to create employment opportunities so that slum dwellers can improve their livelihoods. However, the formal sector in developing countries like India faces resource constraints in creating new jobs. Moreover, slum dwellers often lack the skills, education, and knowledge to access work in the formal sector and are mostly employed in the informal sector (Davis, 2006). 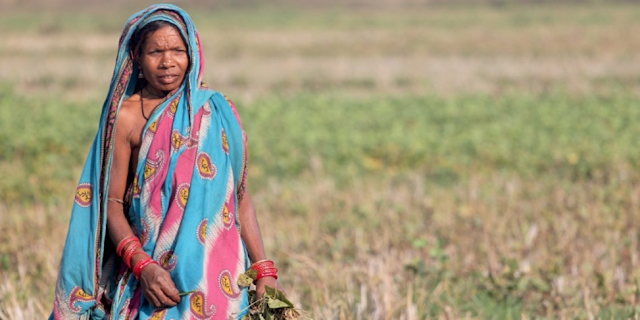 Informal jobs in developing countries are considered as the employment of last resort where workers are ready to accept any wage level (Radchenko, 2017). Nevertheless, Meagher (2016) recommends developmental efforts to expand the informal economy. It is currently unclear what role diverse and unregulated informal employment plays in offsetting poverty for slum dwellers (Gulyani, Bassett, and Talukdar, 2014). So, the question arises as to which informal employment needs to be promoted by the government to improve the livelihoods of slum dwellers—self-employed or paid-employed jobs?

Although many have migrated to the city to find better employment opportunities to improve their lives, slum dwellers face socio-economic and political stressors as well as a very limited supply of decent jobs. They struggle to find high-quality, well-remunerated, paid jobs: even including contract wage employment, these paid jobs account for only 15 percent of the total labour force (Fox et al., 2017). Consequently many are forced to engage in self-employed jobs - mostly unincorporated businesses run by household enterprises and unpaid family members.

It is often claimed that self-employment is beneficial due to its significant role in employment and earning for people who would otherwise be unemployed (Fox and Gaal, 2008). Self-employment in the urban sectors developing countries is increasing (Kingdon et al., 2006) and past studies found that countries with more low-paid workers have higher capital yields as a result of having more self-employed jobs (Banerjee and Duflo, 2005). Moreover, the greater number of self-employed workers in a country, the greater its increase in wealth, and the better its credit markets and investment opportunities function (Blanchflower and Oswald, 1998; Evans and Jovanovic, 1989; Magnac and Robin, 1996).

However, the causes behind the variety of slum dwellers’ socio-economic and demographic characteristics (at an individual level) are not well understood (Patel et al., 2014; Sandhu, 1989; Seeley, 1959; Stokes, 1962; Van Vliet, 1987). We can surmise that they are probably due (in large part) to the variation in their informal jobs and their earnings. However, in trying to understand the utility of different levels of income to slum dwellers, we need to bear in mind that the living wage (the income required to meet subsistence needs) varies with different social, economic and demographic characteristics (Boushey et al., 2001; Sklar et al., 2001). Furthermore, the living wage varies substantially across the provinces of a country, so it is important in investigating this to also analyze how slum dweller income from self-employed and paid informal work varies across regions. 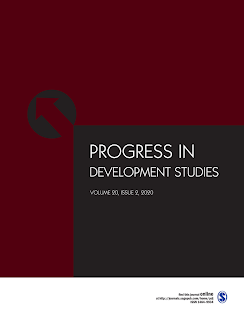 This study is an illustrative micro-level case study focusing on the slum residents of West Bengal, India. The unit of analysis is the individual and the study empirically investigates what kind of informal employment options the slum dwellers have, as well as which kinds of informal employment better at offsetting their poverty.

Analytically, the study focuses on asking: What are the informal jobs and associated income levels of slum dwellers across districts of West Bengal? Are there any significant differences among the respondents’ characteristics across these jobs? What role does gender and education play for slum dwellers in shaping their ability to get different kinds of informal employment and achieve the associated income levels?

To know the answers, read the complete article here.

— written by Shashwati Banerjee and Kishor Goswami drawing on their article Self-employed or Paid Employed: Who can Earn more among the Slum Dwellers and Why? in Progress in Development Studies