All’s not Black or White 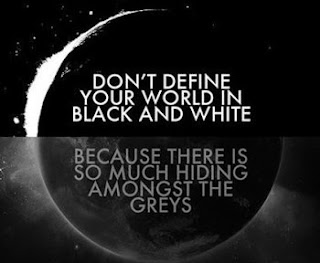 A rising star of Bollywood decided to “pack up” and leave for his heavenly abode.  His reasons, best known to him are gone with him. But there’s something deeper with our attachments to a movie star. We, the people, make movie actors the celebrities that they become by identifying with their persona in some sort of a personal way. Sushant Singh Rajput, the quintessential charming small-town guy who made it big in the glamorous and high stakes world of movies. His untimely demise has uncovered the dirt and the filth beneath the seemingly shiny tinsel world. Beneath the veneer of “bhaichara” or feelings of the fraternity lies intense turfism, nepotism, ruthless exploitation and gatekeeping. The insiders keep vigil. Will a shakeup happen? Who knows, tweeting is a fine way to express grief and reconnect with fans. Mental Health experts shout out to the world, every time a famous person commits suicide. Then it’s all over ….till the next case “awakens” us.

The COVID Crisis has shaken the world in more ways than one. The fault lines, since covered are all being exposed and are cracking up. Issues that were not resolved but buried deep in the earth are rising. We are all shaken and stirred.

In October last year, President Xi and Prime Minister Modi had met for a historical summit in Mamallapuram. The pictures of the two leaders shaking hands in the backdrop of the stunning architecture, blue seas and clear skies signalled the dawn of the Asian Century.  Business Leaders on both sides of the borders rubbed their hands in glee with the prospect of making fortunes because of Indo Chinese Partnership. After all, so what if we have shared values with U.S.A, we have a shared history with the Chinese.  And now, in a gruesome attack on the L.A.C, the Indian army lost 20 soldiers and a Commanding Officer. Ironically, the fight was not a soldierly one, it was an attack with stones and nailed iron bars. Is this what our soldiers are trained for?

And so, the Chinese first flooded the world and us with cheap goods we can’t do without, caused a pandemic, ruined our economy and now stand menacingly at our borders.

I still wonder about what the conversation in Mamallapuram really was.

Yeah, President Xi was in a black attire and PM Modi in pristine white, both were sipping cool Nariyal Pani. Ironical!

Finally, the killing of George Floyd in the U.S. triggered one of the biggest protest movements, not only across the states but across many cities in Europe.

Apart from the “normal protest,” there were reports of vandalism and looting of upmarket department stores in America. The United States of America is not only founded on the crux of egalitarian values and individualistic pursuits of happiness and liberty, but also on the labour of African slaves who were captured and bought forcibly to be sold off in cotton plantations.

Centuries have gone by; the issue still lives on. Maybe because solutions were more political than social.  After all, the minorities constitute a major vote bank for the Democrats, they are credited with providing the U.S. with a first “black” President.

Wonder who puts the labels first?

It’s an uneasy coalesce we are living in.

Celebrities summit suicide and the poor struggle for a living.

The Chinese are not only threatening the integrity of our border but have entered our homes via cheap technology and funny Tik Tok Videos. The Army can fight them?  Will we? Can we?


Mansi Kapoor is a faculty at MIT -WPU, School of Management in Pune. SAGE is the proud publisher of her book “Global Business Environment ”.

Check out the SAGE textbook here 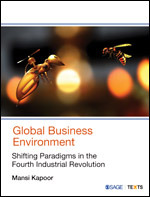