Hedonic Shopping Motivations and Obsessive–Compulsive Buying on the Internet

The hedonic features of the online channels have given rise to shopping that contributes to the development of obsessive–compulsive buying, which stems from the fact that consumers with compulsive tendencies have continuous preoccupations with shopping and spending and use shopping as a means to decrease this anxiety (McElroy et al., 1994).

These tendencies urge them to go shopping compulsively for hedonic reasons to escape from bad feelings and thoughts and enjoy the shopping experience instead (Rindfleisch et al., 1997; Roberts et al., 2006). Also, obsessive–compulsive buyers are found to pursue arousal and excitement (Bridges & Florsheim, 2008; Wang et al., 2019a), which may intensify in the context of online channels because of the unique and curiosity-driven characteristics of the Internet for shopping (Santini et al., 2019).

Considering the shopping opportunities for, and addictions of, online buyers that have been increasing fast recently, it is still unclear in the literature what types of hedonic motivations drive online buyers to shop on the Internet and how much each of them is likely to contribute to their obsessive–compulsive buying. Thus, in this article, we investigate the relationship between online hedonic shopping motivations and obsessive–compulsive buying of online buyers in a developing country to fill this gap.

Additionally, attitudes, feelings and desires are found to be the critical foundations of motives leading to hedonic experiences in the shopping environment (Anderson et al., 2014; Rayburn & Voss, 2013). These shopping motivations are likely to drive buyers on the Internet towards stimulation and gratification (Babin et al., 1994; Kwon & Jain, 2009). Hedonic factors in the cyber world, such as imaginary and emotional influences, are the key drivers of shopping and consumption behaviours for online buyers (Hirschman & Holbrook, 1982; Kwon & Jain, 2009). The prior findings indicate that hedonic shopping motivations are likely to be pursued distinctively by online buyers with obsessive–compulsive tendencies (Kwon & Jain, 2009).

Furthermore, obsessive–compulsive buying has progressively become more an issue in non-Western societies, too (Sofi, 2018; Unger et al., 2014), suggesting that Western nations do not face this issue alone but that this trait has been prevailing across nations rapidly.

Environmental and sociocultural features may play a part in producing different motivations for obsessive–compulsive buying behaviours in developing societies (Horváth et al., 2013). For example, according to Chun et al. (2006), culture has a substantial effect on how individuals cope with bad mood and anxiety. Additionally, features such as accessible means of online stimulation, entertainment and escape from monotonous activities and schedules, or the country’s overall affluence, may influence the drive and growth of obsessive–compulsive buying.

In this way, the present research contributes valuable consumer insights to the literature by examining the association between hedonic shopping motivations and the obsessive–compulsive buying behaviour of online buyers. 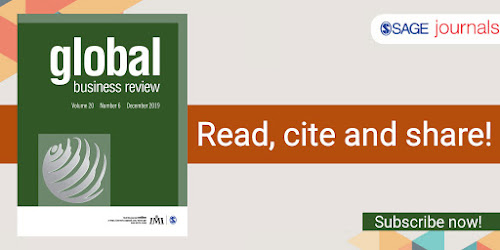