-From Journal of Social Inclusion Studies

Dr Ambedkar first articulated caste inequality in Indian society. He was of the opinion that nothing can build on the foundation of caste. On the other hand, he worked for the ‘annihilation of caste’ because he believed that anything that is built on caste is going to create inequality within. India cannot progress with its caste system which is the main source of inequality. As we know, studies on caste hold their own importance and relevance in Indian academics. 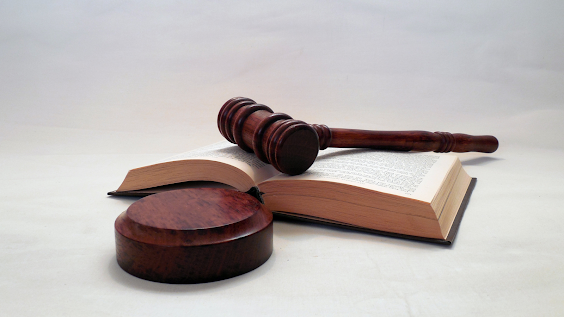 There have been many transitions in the concept and, historically, it is not exactly the same as it was when originated. In an erudite analysis of castes, Jodhka argued that the connotation of caste has changes from the one closeted in culture and tradition to a more useful contemporary dynamics, and the traditional modes of discrimination are changing into new modes. Recognising the complexity and regional peculiarities, he argued for regional sociology of caste (Jodhka, 2012). Andre Beteille believes that the economic, technological and demographic changes are altering the operations of caste (The Hindu, 20 February 2012).

He did not go far off from the arguments in his earlier work on Caste Class and Power, wherein he brought in class as also power to buttress the caste hierarchy hypothesis. Caste characteristics have not remained the same as they were. Need to know the changes that occurred were acute and that provoked the central argument of Srinivas (1996) and others in Caste: Its Twentieth Century Avatar. The running core theme among the essays presented there is that the connotations of and use of caste have changed. But the question whether the intrinsic hierarchical character has changed remained in the debate. The juxtaposition of identity versus the hierarchical image of caste remained as a central point of the debate. The identity as also the hierarchy manifests in the context of class, power and regional specificities.

Caste as a word had originated from the Spanish and Portuguese word called ‘Casta’ which means lineage or race. It is derived from the Latin word ‘Castus’ which means pure. The current spelling of the word is based on the French word ‘Caste’ which appeared in 1740 in the academies and is hardly found before the 18th century.

The word ‘Casta’ was applied to a mixed breed between European, American and Negroes. But caste was not used in its Indian sense till the 17th century. The Indian use is the leading one now, and it has influenced all the other uses. The concept of graded purity was at the core of such hierarchical divisions. Indian society is based on caste; individuals belong to the caste. As we understand, there are indigenous or local categories and concepts associated with caste such as Varna, Jati and Jat.

While referring to caste, most researchers make reference to Ketkar (1909) and often to Ghurye (1957) and Srinivas (1962, 1972). They emphasise the feature as hierarchy, endogamy, graded occupation, food and social intercourse disconnect in customs and dressing and civil or religious disabilities. Ambedkar in his first essay emphasised control on resources, endogamy, immobility in occupation and operating irrational social institutions as the main issues (Ambedkar, 1916).

He termed the caste system as an ‘enclosed class’ and further in these enclosures ‘some closed the doors and others found the doors closed’. His description taken further in his writing emphasises the control on resources and the idea of pollution or purity as the main drivers of sustaining the system.

A particular view of caste and Hinduism is central to this notion of Indian tradition and much of it has been constructed out of the Enological writings on Indian civilisation, colonial administrator reports and the nationalist imagination during the 19th and 20th centuries. The history of modern-day theorisation of caste begins with Western and colonial encounters with the Indian civilisation. The British proved to be the most important of them.

Not only were they successful colonisers, but also they wrote a great deal on the social and cultural life of the Indian people. Such theorisation of Indian social order was not merely an academic exercise. It helped them make sense of reality. Relations between castes are governed among other things, by the concepts of pollution and purity and generally; maximum commensality occurs within the caste. Caste is usually segmented into several sub-castes and each sub-caste is endogamous.

Traditionally, it was the smallest group which constituted the unity of endogamy, and the identity of this tiny group stood out sharply against other similar groups. In the case of lower caste, which was also rurally oriented than the higher, political factors have been responsible for the weakening of the barriers between sub-castes. A distinction has to be made between caste at the political level and caste at the social and ritual levels (Srinivas, 1962, pp. 3–5).

The term ‘varna’ means a colour whereas the term ‘jati’ denotes caste, a group the membership of which is acquired by birth. The term ‘jati’ etymologically means something into which one is born. It is occasionally used by good ancient authorities as equivalent to ‘varna’