-From Asia-Pacific Journal of Rural Development

Over the last two decades, the discourse of disaster management has undergone significant change, notably shifting from relief and response to disaster risk reduction (DRR), community-based disaster management (CBDM), and enhancing community resilience to natural disasters. The results of these changes have been evident in terms of the reduction in death and property loss, particularly in the developing world. 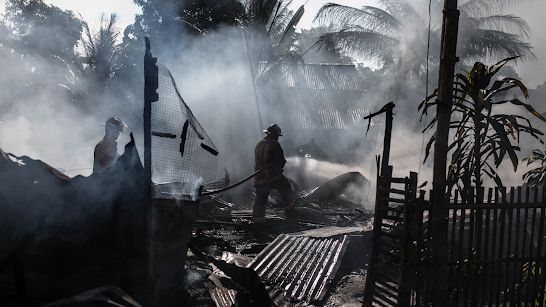 Organisations engaged in disaster management called it a paradigm shift as they moved from a reactive, top-down mode handling disasters to proactive, CBDM approach based on local resources and capacities to reduce risk and vulnerability

The CBDM approach focuses on building the capacity of communities to assess their vulnerability to both human-induced and natural hazards and develop strategies and resources necessary to prevent and mitigate the impact of identified hazards as well as to respond, rehabilitate and reconstruct following their onset. CBDM strategies have become increasingly important in the face of global climate change, increased populations expanding into more vulnerable regions and the heightened recognition of a need for greater linkages between top-down governmental and community-level responses. CBDM empowers communities to be proactive in disaster management and creates a space for them to develop strategies on their own terms rather than waiting for already overstretched governments and NGOs.

This article outlines the evolution of disaster management policy initiatives in Bangladesh, particularly community-based and partnership-oriented approaches. It is critical to examine CBDM in the most vulnerable areas of the world, and Bangladesh is quite appropriate for this purpose. This is because Bangladesh ranked number six in the Global Climate Risk Index.

Approximately 70–80 tropical cyclonic storms are generated globally, of which 7 percent originate in the Bay of Bengal and make landfall along the Bangladesh coast.

The study focuses on how national disaster management policy initiatives in Bangladesh are implementing community-based approaches at the local level and developing cross-scale partnerships to reduce disaster risk and vulnerability, thus enhancing community resilience to disasters. the study relied chiefly on secondary data, employing content analysis for reviewing documents, which were supplemented by primary data from two coastal communities in Kalapara Upazila in Patuakhali District.

Findings revealed that to address the country’s vulnerabilities to natural disasters, the Government of Bangladesh has developed and implemented numerous national measures and policies over the years to strengthen community-focused risk reduction, decentralising disaster management, develop cross-scale partnerships, and enhancing community resilience. Communities are working together to achieve an all-hazard management goal, accepting ownership to reduce vulnerability and actively participating in risk-reduction strategies at multiple levels. Community-based disaster preparedness activities are playing a critical role in developing their adaptive capacity and resilience to disasters.

This critical evaluation finds that the CBDM approach has been a key part of the policy transition of disaster management from a top-down process to a community-centred, need-based approach since the late 20th century in many countries, including developed and developing nations such as Australia, New Zealand, Iran, China, Indonesia, and Bangladesh. Due to global climate change, this approach has been used widely with a focus on building bridges between community members and key stakeholders in DRR processes, as proactiveness among community members builds a platform to generate new ideas for dealing with natural calamities.