‘The Test of Taste’: New Media and the ‘Progressive Indian Foodscape’

No doubt, food, anthropologically speaking is the very first need, but ever since man has ceased to live off wild berries, this need has become highly structured.

The Indian food culture, known for its longstanding history of cultural exchanges among various groups, is one of the highly reflective artefacts of the Indian culture and sub-cultures. Consequently, as a result of centuries of evolution in taste and variety, India possesses an expansive diversity in food habits and practices that have lent unique flavours and identity to its forms. The Indian food palette obtains its multifariousness from many food cultures, given the rampant trade relations and civilisations back in time. 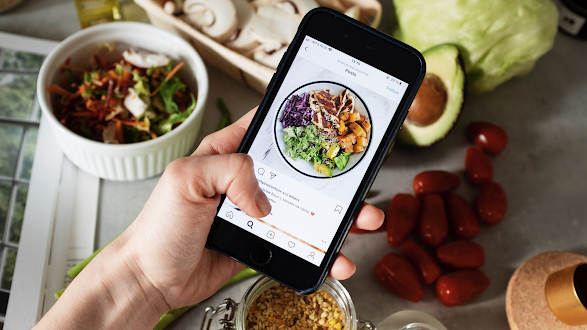 The Great Indus Valley civilisation, the Mongolians, the Persians, the British, the Portuguese, to name a few, have left behind their indelible contributions to Indian diets and food practices (Dutta, 2012). Therefore, Indian food culture can be regarded as a result of these cultural appropriations in accordance with various eras and their influences.

One such contemporary influence, facilitating the increasing diversity of the Indian culinary landscape1 is the edification of social media in the contemporary foodscape2 of India. The indispensable nature of the internet in one’s daily life has resulted in a mediatised and networked society, which is proliferating into all walks of life.

Urban India has achieved a 60 per cent internet penetration (Chopra, 2017), and the Internet and Mobile Association of India reports that 66 per cent of the 180 million internet users in urban India regularly use and access various social media platforms. The emergence of food listing and food delivery apps and websites is also a part reflection of the new foodscape of India, which social media has substantially altered.

Often with deep-discounting strategies, these web-based food delivery services have made all kinds of food accessible to all the strata of the society, making food as an equaliser. The influence of social media manifests in various trends, such as the globalisation of the palette, increasing visual emphasis on food, and the birth of newer food media outlets to disseminate the information in newer ways, for example, food blogs. Studying internet driven foodscape is also interesting and relevant in the current times as internet can be regarded as ‘a rich arena for thinking about how contemporary culture is constituted’ (Hine, Kendall, & Boyd, 2009, p. 2).

Appadurai (1988) speaks of cookbooks saying ‘They reflect shifts in the boundaries of edibility, the proprieties of the culinary process, the logic of meals, the exigencies of the household budget, the vagaries of the market, and the structure of domestic ideologies’ (p. 3). Food blogs, as Lofgren (2013) notes, has broadened and initiated contemporary debate around food by opening up topics of discussion such as food-wastage, garden-to-table ideas, discussions around organic and ethical food and so on. This also gains added prominence in times of new-mediated food discourses. From the world indeed becoming a ‘Global Village’ (McLuhan, 1962), the Indian foodscape has seen influences from various global cuisines, not only on a restaurant level but also on a household level.

The average Indian palette is becoming increasingly globalised, and this trend has not only garnered some scholarly attention (Nandy, 2004) but also is evidently seen in everyday consumption practices.

One may exemplify this by noting how the pasta, traditionally an Italian dish, has gradually forayed into the middle-class Indian kitchens, lunchboxes and street food. A pressing demand for newer kinds of food requires a supply of a range of products, both ingredients and cookware, that can facilitate continental cooking (in this case) in Indian kitchens. In the Indian pasta market, which is estimated at ₹700 million, over 70 per cent of gourmet pastas are manufactured by Indian brands (En, 2013). These changes are inevitable, and the Indian food scenario has appropriated itself not only to find global acceptance but also local reception.