SuperShip: Journey of a Successful Entrepreneur

Born in a poor rural area in central Vietnam, Hoai was determined to pass the entrance exam to the University of Economics Ho Chi Minh City (UEH). At that time, Hoai simply wanted to study at a prestigious university so that he can graduate, find a stable career and later stay in the city. 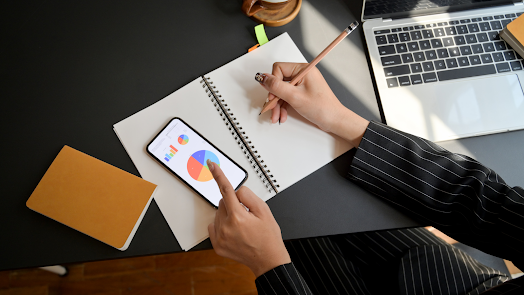 No one in Hoai’s family was ever involved in doing business before. Therefore, Hoai’s choice of opening his own company was completely by chance, and it neither depended on his family’s encouragement nor orientation.

Hoai has gained various valuable experiences during the 4 years in university. The dynamic learning environment at UEH further led Hoai to participate in union-association activities. He also enthusiastically took part in Green Summer campaigns and other volunteer programmes. Even in their first year of studies, Hoai and his friends brainstormed various business ideas with the main purpose of earning extra money to help people in remote areas to build homes and libraries for children.

They managed to operate small-scale businesses, such as mobilizing sponsorship from businesses, as well as selling bread in the park, selling books in class, selling motor insurances and handmade souvenirs. These projects have immensely helped Hoai gain invaluable business experiences and reinforce his beliefs about the success of his own business.

He also explained that the union-association is the best environment for students to develop leadership skills while teaching them how to run the most effective projects. When applying for sponsorship from a business for a charity programme, Hoai and his friends had to design the proposals and convince the public relations department of the enterprise regarding the objectives of the programme; hence, these experiences allowed Hoai to polish his negotiation, influencing and interpersonal skills. When organizing sales in the park or at schools, Hoai and his friends had to go through a real-life sales profession. Consequently, the organization and people skills have gradually developed due to the early exposure.

These experiences have prompted Hoai to think about the start-up but was not clear about the type of business. After considering different business models to discover various opportunities, he eventually settled on doing business in transportation. After approximately 4 years of eventful operation, SuperShip has been established in Hanoi and Ho Chi Minh City with 100 employees, more than 30,000 customers, and more than 3,000 orders per day.

The Personality of An Entrepreneur—A Driving Factor that Connects People

Commenting on his personality, Hoai believes he is an energetic person. He knows the best ways to connect with people and he is a positive thinker, which are crucial traits for a leader to preserve the cohesion within the group. He explained:

[…] I work as a team leader; I stand to mobilise everyone. I link people together, I always show that I am extremely active. The characteristic that everyone sees in me is that I am constantly putting 110% in my work and in life. Especially at work, as a matter of fact, I will always be the one who spreads the energy around the room. Motivating others with determination works wonder. Sometimes an issue that is considered improbable and impossible turns as a possibility when we exchange talks for a while, the person feels that these things are things that they can do.