The Effectiveness of Poverty Alleviation Policy: Why Is the Quality of Institutions the Bane in Nigeria?

̶ Review of Development and Change

In recent years, good governance has been widely acknowledged as the key determinant of economic development. The effective functioning of public institutions is critical to achieving improved growth (North, 1990), and the quality of institutions is paramount in enhancing economic growth (Abed & Gupta, 2002; Nondo et al., 2016). 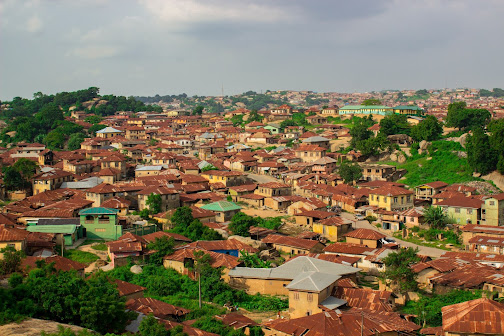 Meaningful development, in short, can seldom come about in any country in which there is no modicum of confidence in public justice systems (Smith, 1776). Since a principal component of a good public system is the capacity to deliver sustainable services, progressing on the level of the institutional potency will inevitably engender substantial improvements across areas (regions and countries). Hence, effective government is a prerequisite condition for growth enhancement and poverty reduction1 (Kaufmann et al., 2004). A viable institutional framework could amplify the pro-poor effect of economic development.

In low-income countries, the institutional role in advancing individuals’ welfare is paramount. This recognition necessitates the inclusion of a governance-focused Sustainable Development Goal (SDG 16) in Agenda 2030, in contrast to scant attention given to governance role in progress outcomes by the Millennium Development Goals (MDGs; UN System Task Team on the Post-2015 UN Development Agenda, 2012).

Compared to other developing regions during the MDGs period, the lopsided nature of poverty alleviation in Africa might imply that robust institutions could help bridge gross domestic product (GDP) growth–poverty reduction gap. In most African countries, there have been cases of sustained growth with no corresponding improvement in social welfare.

For instance, the report has shown that Nigerian economy is one of the 10 fastest-growing economies globally, with a growth rate averaging about 6%–7% in the last 10 years. After the rebasing of the economy in 2013, GDP values rose to US$509 billion by the year end, which made Nigeria the largest economy in Africa and the 26th in the world (Enweremadu, 2013).

Yet poverty remains endemic in the country. As Nigeria’s National Bureau of Statistics report (NBS, 2005) bears out, the percentage of the Nigerian population classified as ‘extremely poor’ between 1980 and 2004 were 28.1 (in 1980), 46.3 (1985), 42.76 (1992), 65.6 (1996) and 54.4 (in 2004). Despite numerous poverty alleviation programmes introduced by successive governments [Universal Basic Education (UBE), National Poverty Eradication Programme (NAPEP) and National Economic Empowerment and Development Strategy (NEEDS)], since 1980, there has been a significant increase in poverty rates in Nigeria.

Recent statistical data (Table 1) on most social development indicators are somewhat appalling. With 86.9 million of the population living in extreme poverty, which represents almost 50% of its estimated total population, the case of Nigeria has reached an alarming level, and the country is seen as ‘the poverty capital of the world’ (Brookings Institution, 2018). Consequently, this question has continued to agitate minds: Why has the poverty rate remained unabated despite the numerous poverty alleviation policies introduced by the government?