The COVID-19 pandemic is unleashing deleterious effects on countries, institutions and people in more ways than one. This is visible through demand- and supply-side shocks. While on the supply side, businesses have closed and layoffs are visible; on the demand side, it is the loss of incomes that have created huge disruptions. 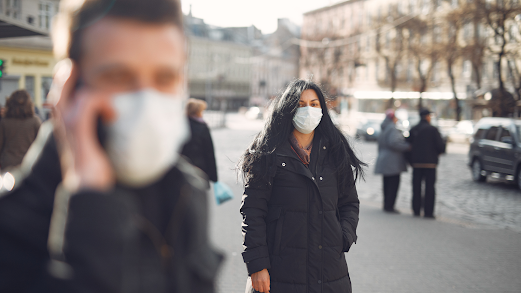 The world economy is at a critical inflection point in history in which fears about the dependence on others are growing. Economists forecast that world GDP would decline by 3.8% in 2020. Estimates of additional unemployment worldwide range between 90 million and 110 million.

This article seeks to assess the early impacts of the pandemic on Sri Lanka and Thailand, which have experienced negative impacts of this pandemic. The visible impacts are seen across sectors, especially so in the complete decline in tourist arrivals since April 2020, declining exports, as well as a decline in remittances.

According to the World Bank estimates, 20% of remittances would fall in low- and middle-income countries (LMICs).

Therefore, within the context of slowing globalisation in most Asian economies, this article focuses on the economic disruption in Thailand (in South East Asia) and Sri Lanka (in South Asia), both critically dependent on trade and tourism for their contributions to GDP.

At the same time, an assessment of the sectoral contribution to GDP of both countries shows a noticeable similarity. Sri Lanka’s agricultural sector contributed only 7.42% of GDP in 2019, while the service sector being the largest accounted for 58.24%. In Thailand, the industry contributed approximately 35% and the services sector contributed 58.59% of the country’s GDP.

In terms of trade openness too, the two countries’ data point to their dependence on trade for contribution to GDP. A comparison of the two countries being impacted in the sectors of trade and tourism, comprised within the services sector, is what adds to the raison d’etre for focusing on these two countries.

Although both Thailand and Sri Lanka are middle-income countries, post-2010, Thailand’s trade has been 10 times more than that of Sri Lanka. In 2019, the contribution of exports of goods and services to Sri Lanka’s GDP was 22.8%; it was 66.8% for Thailand (The World Bank, 2020a).

The Peterson Institute for International Economics (PIIE) has shown how globalisation is in retreat for the first time since World War II, while other experts warn of increased protectionism, breakdown of supply chains and an unprecedented loss of jobs, especially in countries where governance systems are weak. According to PIIE, as measured by trade flows, this fourth era of globalisation appears to have peaked in 2008.

As Figure 1 shows, the world trade to GDP ratio has fallen off since the Great Recession. World trade bounced back in 2010 from the sharp blow in 2009, but it has faltered ever since. We are now in a 5th historical period, sometimes called ‘slowbalisation’.1 Moreover, an inward turn would not spell the end of globalisation, only a partial reversal. But undoing the resulting damage is likely to prove difficult