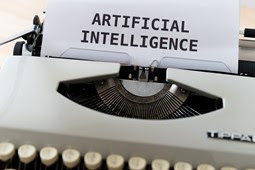 It took almost two centuries to use the steam engine and its principles to make a usable automobile, while it took only two decades for the computers to evolve from bulky machines to almost all-pervasive computing devices, and it took less than a decade for mobile phones to become smart computing devices.

In contemporary times, artificial intelligence (AI) has invaded our personal spaces knowingly or unknowingly in the form of Siri/Cortana/Alexa. Even as this article is being written, driverless cars are a reality, robots have been deployed at Hyderabad airport and Saudi Arabia became the first nation to grant citizenship to a humanoid robot Sophia. It is posited that soon AI is going to be a major disruption in doing business as we know, and we have to be prepared for it, for instance, use of bots for testing of codes, developing chatbots for assisting the customers or developing apps to manage the employee payroll and attendance.

‘I don’t think there’s a task you can name that a machine can’t do—in principle. If you can define a task and a human can do it, then a machine can, at least in theory, also do it.’

This article explores the impact of AI and Behavioural Economics on the human resources (HR) function of an organisation. Some of the contemporary applications of AI augmenting decision-making have been presented using the lens of the HR Value Chain. Based on these applications, implications for organisations are discussed.

AI as an academic discipline has its roots in one of conferences organised in Dartsmouth in 1956, which brought together scholars from diverse fields with the sole aim of systematic inquiry on computer-based learning and decision-making. While the foundations were laid in the 1960s, till the 1990s, not much work was carried in this field. Prospects were revived with Deep Blue defeating Gary Kasparov in a game of chess in 1997, and since then there has been no looking back. AI can be thought of from a systems perspective as some set of inputs (data such as images/text/pictures), which is processed through algorithms, leading to some outputs—typically decisions. The key difference being that there is a feedback from the output, which enables the system to improve upon its performance and learn on its own. Consequently, it might be akin to the human mind in its ability to perform certain cognitive functions.

AI can be classified into narrow AI—with a very limited application, general AI—ability to learn and adapt and Super AI—like the human consciousness, which again is only a theoretical possibility.

The key points of this article are that the days of decisions based on heuristics/intuition are numbered courtesy of AI-based interventions. With computation and storage capacities being enhanced, AI also would complement individuals and organisations by giving suitable options based on proper rubrics/metrics, thereby reducing the ‘decision stress’ among individuals.

AI also removes the effect of dispositional factors on decision-making, leading to more efficient, consistent, and quick decisions. These technological developments are most definitely likely to affect the way business is carried out. Hence, practitioners need to embrace AI, albeit after carrying out due diligence. AI, as a technology, is soon going to be embraced by firms, leading to hybrid organisations. As a result, organisations need to redesign their processes and policies.