Human Development, Per Capita Income Differentials and English as a Source of Youth in India 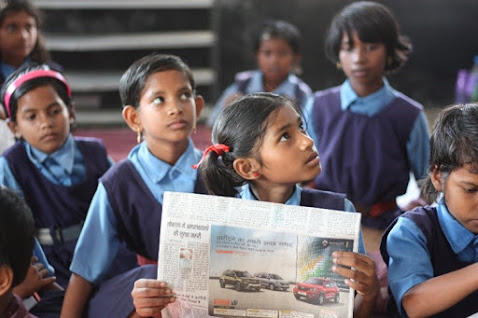 India, since independence and more so, since the early 1990s, has made many noteworthy gains in human development indicators such as levels of literacy, education, and health and has also significantly reduced poverty. The fruits of such development must reflect in the improvements in the quality of living of the masses.

This article examines the youthful demographic parameters according to socio-religious communities (SRCs). The economic momentum needed to reach a US$5 trillion (GDP) economy can only occur when the youth of India is educated, skilled, and employed. Future economic development in India is largely dependent on the value-added from the current and future generations of the youthful labour force.

This is termed as the ‘demographic dividend (DD)’. The dividend gets generated only if appropriate human development investments are made to enhance the per capita value-added of the individual labourer. Given an opportunity, when a country has a larger share of working-age population (15–64 years) in comparison to its non-working population, there is potential for greater economic achievement. Yet, having a favourable demographic age structure does not necessarily guarantee an economic boost for a country.

A well-planned investment strategy is a precondition to tapping the potential of the country’s new-technology-aligned youth. The Economic Survey (2016–2017) has forecasted that India is likely to experience a peak in DD in the early 2020s,

Historically, in India, caste, religion, and geographic regions have had varied socio-economic outcomes. They are affected by deep-rooted and complex issues in the country’s societal fabric, and they must be understood through empirical and evidence-based policy research.

While poverty has decreased in India over the last 50 years, inequality has concurrently increased. Despite several targeted action policies, some socio-religious groups remain traditionally trapped in poverty. Muslims are the largest religious minority group and still cannot escape poverty. This deserves special analytical and policy attention.

This study empirically reviews select outcome indicators of human development among the youth population of India. The differentials in these indicators according to SRCs are also estimated and analysed. While employment and wages are essential indicators to measure DDs, this article uses a rare data set to explore the importance of English language education in augmenting DDs.

The importance of mass education and higher economic reforms, which have redefined the way Indians live, think, behave and excel within the comity of globalising nations. Literacy, vocational and technical training, and higher education are drivers of social and economic development, and they form the very foundation of livelihood and lifestyle in the growing and developing India. Access to quality education remains a far cry for many in the country. This paper not only analyses the breakdown by religious groups. but also touches on the gender factor.

In India, acknowledging the importance of the education sector, the major chunk of the corporate social responsibility (CSR) activities is dedicated towards the sector since 2014–2015. These contributions by CSR towards the education sector are commendable, but the country needs a paradigm shift, which requires large investments. As a policy intervention, it is worthwhile for the Government of India to organise such investments.

Poor human development indicators are the alarm bells for the policymakers of a country to harness its young brigade. There is a possibility of missing an opportunity of favourable demographic transition. In the absence of targeted policies to uplift disadvantageous groups, the country will not be able to gain from this opportunity as was expected.