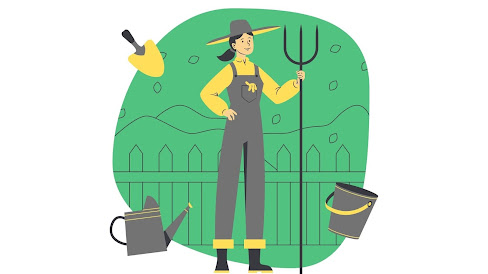 The occupations practised by the successive generations, rooted in customs and practices and focused on subsistence economies, pre-dating colonisation and the industrial revolution. Often these refer to occupations within agriculture and crafts, with crafts encompassing a range from weaving to the construction of buildings. (Ratnam, 2011, p. 96)

In the context of Kashmir, we have used the term traditional occupation to those occupations in which men, women and children are involved, and such occupations are transmitted from generation to generation through apprenticeship. Generally, it represents the heritage crafts of Kashmir, among which the position of women has been understood in the carpet and shawl weaving crafts.

These occupations provide secure workspace to the women of the valley, as it is the main household enterprise. Pointing out the economic importance of such occupations in Kashmir, Manzoor Ahmad reported that the ‘welfare of the people is closely tied up with the handicrafts industry. If the industry faces any sickness in production, trade, and commerce, economic life gets paralyzed, adversely affecting the social and political fabric of the state’ (Shah, 1992).

Madhu Jain, in his valuable contribution The Living Art and Craft Tradition of Jammu and Kashmir, insisted that the employment lifelines to local Kashmiri artisans can be generated by sourcing, developing, marketing and popularising Kashmiri handicrafts in India and abroad.2

Besides economic importance, there are religious sanctions behind the origin, growth and development of the traditional occupations in Kashmir (Hasan, 2002). They contribute rich cultural prosperity and source of income to the dependent and the ordinary people to meet their functional and aesthetic needs (Prasad, 2005).

Dabla (2008) found that working in traditional occupations is ‘tough, time-consuming and no returns for years’, and the ‘employer is exploiter’; no wages are given to women folk even after 3 years of work. They have to work for a couple of years without availing wages, and after 3 years of work, they are eligible for wages. The average working hours of a carpet weaver and shawl worker range from 8 hours to 12 hours a day. The women are the real backbone of traditional occupations; the agents, merchants and the exporters are the exploiters.

Every one among them takes advantage of women’s work, but the surplus is wholly enjoyed by the big brokers and the exploiters (Jan, 2004). Given the high price of looms and raw materials, the carpet weaver does not even think of starting work independently. Women involved in the traditional occupations are the most vulnerable and get paid less for long working hours. Most of the proﬁt goes directly to the wastakaar/dealer/contractor who buys the products at a low rate from them, gets it ﬁnished and sells it at a high price (Batool, 2016).

Though women are economically active in the traditional occupations and handicrafts in rural and urban Kashmir, this has hardly improved their living conditions due to low wages (Shazia, 2014). The process of modernization has hampered the occupational structure of the Kashmiri society, and this, in turn, has affected the economy of women engaged in traditional occupations (Imtiyaz, 2017).

Women’s deprivation in traditional occupations is understood and explored in terms of leadership, working conditions, designing, access to the financial institutions and the scale of wages. In approaching the degree of prevailing levels of women’s deprivation within the paradigm of traditional occupations, the Marxian approach is seen as to be appropriate. This approach acquaints researchers with the means and methods of exploitation adopted jointly by intermediaries and the capitalist class to exploit the aforementioned occupational groups in Kashmir.