With the continuing trend towards economic globalisation, more and more business enterprises have been investing overseas with a view to improving their growth and earnings performance. 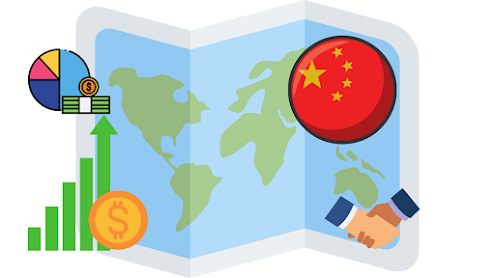 As China has opened up, and as the capabilities of its domestic enterprises have grown, more and more Chinese firms have been expanding into other countries. From the point of view of the Chinese government, the increase in China’s outward foreign direct investment (OFDI) helps to give it enhanced political and economic leverage. The growth in China’s OFDI has been so rapid that China has already been transformed from a net recipient of FDI into a net outflow FDI country.

China came to adopt a different attitude towards the importance of FDI, and by the late 1980s, not only had the Chinese government continued the process of liberalisation, welcoming foreign capital, technology and management experience with its open-door policy, but it was also encouraging the expansion of overseas investment by Chinese enterprises, with OFDI becoming a part of the strategy for economic development based on institutional transformation.

In reflecting on China’s status as an economy undergoing institutional transformation, it should be noted that its OFDI has a unique characteristic, namely the majority of Chinese enterprises that invest overseas are state-owned enterprises, and the government maintains extensive control over the market operations of its state-owned enterprises. The main purpose of this study is to explore factors determining China’s OFDI, with emphasis on the unique characteristics of China’s economy during the period of institutional transformation.