Focus on Quality in Higher Education in India 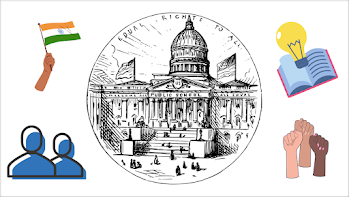 India has the credit of running the second largest higher education system in the world in terms of Higher Education Institutions (HEIs). As of 1 June 2020, India has 54 central universities, 411 state universities, 123 deemed to be universities, 361 private universities, 81 institutions of national importance and 708 autonomous colleges and a large number of affiliated colleges and vocational institutes. In 2018, the Gross Enrolment Ratio (GER) was supposed to be 26.3 per cent, including vocational and online higher education. India is planning to have 5 per cent GER by 2035 (http://aishe.gov.in/MHRDDashboard/home).
At the time of Independence in 1947, it had only nineteen universities and the literacy rate were just 12 per cent. It is both surprising and shocking that despite multi-fold increase in the number of HEIs since Independence, not a single HEI in India could make it to the top 300 list prepared by the 2021’s Times Higher Education World University Rankings (Basu, 2020). The Indian Institute of Science Bangalore got the top rank among Indian HEIs followed by IIT Ropar and IIT Indore. The Times Higher Education Supplement (THES) and Quacquarelli Symonds (QS) are supposed to be the topmost institutions reputed for global rankings worldwide. The University of Oxford retained the top position for the fifth consecutive year (ibid.).
after Independence the focus of the government was on enhancing ‘access and equity’ in higher education rather than on ‘quality and relevance’. In 1960s, a few Indian Institutes of Technology (IITs) and later in 1990s, a few Indian Institutes of Management (IIMs) were set up as the symbols of Indian pride, progress and excellence, but they were like oasis to meet the burgeoning demand for professional and quality education befitting an emerging economy and developing society. Most of the HEIs were found plagued with low quality, poor infrastructure, too much gap between demand and supply, inadequate faculty, outdated teaching methods based on rote learning, too much focus on final exams than actual learning, lack of autonomy, research facilities, too much bureaucratisation, politicisation and so on (Gupta, 2008).
Under the management idea, quality is seen as ‘an icon, a selling point for increasing number of goods and services’ (Tuckman, 1994, p. 742). Though the concept of quality has very different meaning in the context of higher education, it has crept into its realm as a means towards legitimation (Meyer & Rowan, 1977). By adopting the management idea of quality, some HEIs try to show how ‘modern’ and ‘advanced’ they are in terms of the latest social and international norms. Sometimes they adopt the idea of quality voluntarily; sometimes it has been imposed upon them by the government and funding agencies in the name of higher education reforms but nobody seems to be bothered about providing concrete meaning to the term ‘quality’. Rather, each adopting institution provided its own meaning to suit its own characteristics and needs.
The quality of service may depend upon its reliability that of product on its features and that of goals in terms of transformative role, outcome and/or capabilities built. Of late, we find a shift in paradigm in terms of employability both in the developed world and developing countries. There is a lot of pressure on HEIs to prepare their learners for the ‘seamless path to work’ in knowledge-based and technology-driven modern economies in the 21st century.