Environmental Protection and Development of Technology-intensive Industries: The Case of New Energy Vehicle Industry in Korea 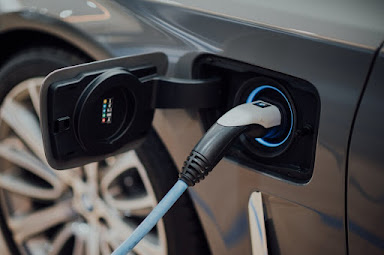 Due to the nature of the technology-intensive industry generating a number of good job opportunities and contributing to gross domestic product (GDP), the automobile industry has attracted policymakers’ attention in many countries. The global automobile production had been dominated by several developed countries, while new entrants such as China and Korea became the large producers as well.

Korea has been shifting its attention to eco-friendly new energy vehicles (NEVs) facing the threat of global warming. Since the 1990s, Korea has tried to promote the electric vehicles industry by providing various subsidies and infrastructure. The Korean government’s active NEV promotion policy has stimulated the expansion of production scale and commercialisation of NEVs. Korea’s domestic automobile producers could develop technologies needed in producing fuel cell electric vehicles (FCEVs) ahead of the other large producers of automobiles. The Korean government announced the roadmap to promote FCEVs facing the hydrogen economy. The policy measures implemented by the government may contribute to the Korean producers to be able to gain from the first-mover’s advantage. Korea’s active NEV promotion policy provides policy implications to the other countries in overcoming the global warming phenomenon.
This study provides an overview of the development of Korea’s automobile industry. The latter sections explain the Korean government’s policy to promote the NEV industry and the efforts of the automobile companies to develop NEVs and derives policy implications from the experience of Korea’s promotion of the NEV industry.
The economic growth of the world including the widespread use of automobiles has led to the worsening of the global warming phenomenon. Various countries have tried to cope with global warming, which led to multilateral environmental agreements aiming for a global reduction in carbon dioxide emission. In this context, the governments of the large producers of automobiles have emphasised the use of eco-friendly vehicles that emit less carbon dioxide.
Due to such global efforts of producing eco-friendly vehicles, worldwide stock of electric vehicle (EV) and plug-in hybrid electric vehicle (PHEV) has grown significantly from 1,890 cars in 2005 to 182,820 cars in 2012 and then to 5.1 million cars in 2018.
The Korean government policy may propel the Korean NEV industry to become the global leader. Considering the differences between NEVs and gasoline/diesel cars, the Korean government has actively established policy measures to promote commercialisation of NEVs, which include the provision of subsidies, tax incentives, and infrastructure. Due to such policy measures, the cost of purchasing and charging/fuel expenses for NEVs for 5 years is expected to be lower than that of internal combustion engine automobiles (MOE, 2017). Such policy measures together with the strengthening of environmental regulations have contributed to rapid development of the NEV industry in Korea. Korea’s experience of promoting the NEV industry provides important policy implications to the other countries that wish to develop NEVs facing global warming.