From Kyoto to Paris and Beyond

Apart from exposing a severe lacuna in public health policies, the COVID-19 pandemic has also highlighted critical questions about human influence of nature, state sovereignty, social justice, nature of economic development and other imminent non-traditional risks to security such as climate change. Although the timescales for the two crises sharply differ, both share a long history of political neglect, lack of coherent policies, ideological divisions and strategic ambiguity. 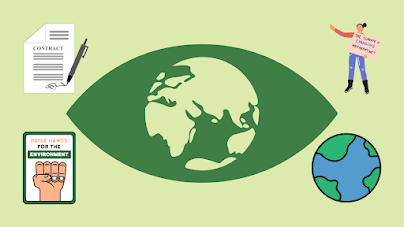 This article explores the shifts and balances within the climate change politics, which has undergone a tumultuous transition since the signing of the Paris Agreement in 2015. Given the years of status quo within the United Nations Framework Convention on Climate Change (UNFCCC) negotiations, the agreement was described at the time as, ‘By comparison to what it could have been, it’s a miracle. By comparison to what it should have been, it’s a disaster’ (Monbiot, 2015; Clemencon, 2016). The article outlines the four key transitions that have been brought to practice after Paris—the altered interpretation of differentiation and Common but Differentiated Responsibilities and Respective Capabilities (CBDR-RC) principle, the rising profile of non-party stakeholders in post-Paris architecture, the evolving role of emerging economies in shaping the regime and the emergence of climate justice movements as an alternate site of climate action.
The article analyses the post-Paris currents in global environmental politics and the emerging picture of climate policymaking. A wide range of factors contributed towards the groundswell of support for environmental issues in the 1970s, which included the rise of activism, socioeconomic shifts and emerging scientific evidence which showed that ‘[i]f there were global temperatures more than 2° or 3° above the current average temperature, this would take the climate outside of the range of observations which have been made over the last several hundred thousand years’. The 1992 Rio Convention marked a watershed moment for global environmental politics, where a precautionary approach was adopted for the stabilisation of greenhouse gas (GHG) concentrations, ‘at a level that would prevent dangerous anthropogenic interference with the climate system’ (UNFCCC, 1992).
Over time, the vague phrases like ‘dangerous’ were replaced with more specific targets in the Paris Agreement, where the stated objective read, ‘Holding the increase in the global average temperature to well below 2°C above pre-industrial levels and pursuing efforts to limit the temperature increase to 1.5°C above preindustrial levels’ (UNFCCC, 2015). Five years into the negotiations, the Kyoto Protocol (UNFCCC, 1997) was an ambitious political bet, which upheld the principles of equity and CBDR-RC, as outlined in the article 3.1 of the 1992 Convention, and made the developed states accountable for their climate action through a top-down approach, where the emissions had to be monitored and recorded and reported for verification. The United States objected to this arrangement and backed out of the ratification process, citing the cases of developing states such as China and India, who were not bound by any similar obligations.
.