In India, children represent the most dependent section of society as they depend on their parents for the fulfilment of basic necessities. In the absence of such needs being met, they become susceptible to exploitations which dampen their physical, emotional and psychosocial development. 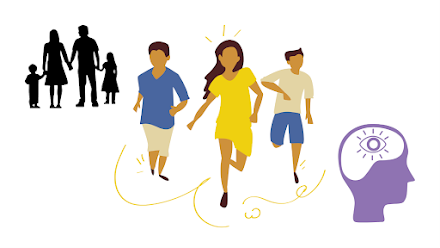 Running away is a global phenomenon, with the USA reporting a total of 421,394 runaway children (Federal Bureau of Investigation, 2019, International Centre for Missing and Exploited Children), Canada 40,425 children (Government of Canada, 2019, International Centre for Missing and Exploited Children) and South Korea 21,551 children (National Police Agency, 2019, International Centre for Missing and Exploited Children), India is one of the worst sufferers, with 1 child going missing every 8 minutes (Mathrubhumi, 2019). In 2018, an estimated 63,137 children were reported missing according to the National Crime Records Bureau Report (2019). In 2016–2017, about 900 children were identified at New Delhi Railway Station, while 750 children were located at Old Delhi Railway Station. Approximately 3,300 children are tracked down at railway stations in metropolitan cities in India every month.
In Maharashtra (2018), 10,623 children were reported missing, among them 767 were girls. Delhi and Bihar were other states with the highest number of girls missing that year. Fortunately, some of these children also find their way to shelter homes after running away. In 2016–2017, an estimated 3,77649 children resided in child care institutions, with Tamil Nadu sheltering the highest number (87,866) of children (Ministry of Women and Child Development, 2018).
Running away from home could be a result of the interaction between psychosocial and structural factors. Most influential of these are impact of family environment (absence of parental care) and aggressive/strict parenting (Brennan et al., 1978; Whitbeck et al., 2001). Besides, runaway behaviour finds its roots in unhealthy family environments and lack of attachment towards family (Brennan et al., 1978). These factors affect the most when children cannot escape their negative family environment.
During the COVID-19 lockdown in India, the child helpline received 92,000 calls in the initial 11 days of lockdown regarding abuse and violence (Childline India Foundation, 2020, The Hindu, 2020). In a study by Tiwari et al. (2002) on factors influencing runaway behaviour among 400 boys of Delhi, of which 89.2% were runaways, beating by parents/relatives along with aspirations for financial autonomy were found out to be the influential factors for running away.
According to Bowlby (1969), children develop an internal working model of attachment which includes a set of expectations regarding the availability of a caregiver and likelihood of receiving support from them during stress. This model has influenced the later responses of a child to other people in life and is a cardinal part of one’s personality, serving as a guide for all future ties and interpersonal relationships (Bretherton & Munholland, 2008). Attachment theory offers a conceptual and theoretical framework to understand the connection between styles of parenting and deviant behaviour in children (Gove & Crutchfield, 1982; Sroufe, 1986). This makes socio-emotional bondsbetween parents and a child a central fulcrum for examining runaway behaviour. Furthermore, the quality of parental attachment in adolescence is a significant predictor in running away, highlighting parental bonding style as a risk factor for running away behaviour (McGarvey et al., 2010). Also, a secure bond with parents acts as a buffer against running away from home (Crespi & Sabatelli, 1993; Penzerro & Lein, 1995).
.