October 12, 2021
- Journal of Development Policy and Practice
The economy of India is broadly agrarian, with a majority of the population depending on it. Politically, the country is divided into 29 states and 8 union territories. The Constitution of India has provided a division of powers between states and the centre, and agriculture is a state subject. Providing free power to the agricultural sector is an important policy instrument to woo farmers in every election by most political parties. Free power to agriculture is vogue in states like Andhra Pradesh (AP), Tamil Nadu, Telangana and Punjab. 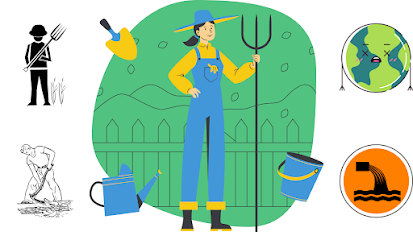 Free power to agriculture for irrigation pump sets is a popular demand by farmers as irrigation increases farm incomes to the extent of 2–3 times compared to non-irrigated areas, for example, in areas where canal irrigation was not there, like Vidarbha and Marathwada of Maharashtra and most of Telangana and Rayalaseema region of erstwhile AP (Telangana state is formed by bifurcating erstwhile AP in the year 2014). Telangana is one of the top five states in farmer’s suicides due to such agrarian distress, mainly due to frequent droughts. From 1962 to 1982, electricity for agricultural purposes was charged based on metering under the Congress government, and there were fewer populist politics.
However, with the formation of Telugu Desam Party (TDP) in 1982, populist politics came on the scene, and TDP promised slab rates for electricity for agricultural uses, based on the demand from farmers. TDP won the election with a thumping majority and implemented a slab system based on the horsepower of irrigation pump sets. Since TDP came to power in 1984, Congress and TDP have followed populist politics to gain votes (Price, 2011). Therefore, every political party in the state tries to woo farmers through populist policies like free electricity for irrigation, sometimes ignoring the externalities that may arise out of the policies.
Free electricity for agriculture is seen as a lifeline for the drought-prone agricultural sector by farmers; hence, in every election, it is the main campaign issue in the months before the election (Badiani et al., 2012; Baskaran et al., 2015; Kondepati, 2011). The election was carried out in 2004 after three years of drought in the Telangana and Rayalaseema regions. Political parties widely perceive that providing benefits to farmers is the surest way to win over the majority of rural voters. In the 2004 AP state elections, Congress promised free electricity and won the elections with a thumping majority. Providing free electricity is one of the first policy decisions taken by the AP state government after winning elections in 2004. The free electricity for agriculture with huge power subsidies has continued since then (Table 1). It is very difficult for any government to roll back on subsidies despite giving any harm to the larger society (Alaerts, 2020). This article examines the pros and cons of providing free electricity. This article examines the policies of energy use in agriculture and its impacts on the use of electricity and loss to electricity providers based on the data collected from four villages in Telangana and AP.