A radical announcement to have a 100% fleet of electric vehicles in India by 2030 at the SIAM hosted annual conference on September 7, 2017, in New Delhi, send shock waves across the Indian automobile industry. Anand Mahindra, Chairman of the Mahindra Group, was convinced that electric was the way forward. The challenge, however, was a power-infrastructure deficiency, price sensitivity and consumer acceptance. Will Mahindra be able to overcome consumer perception? 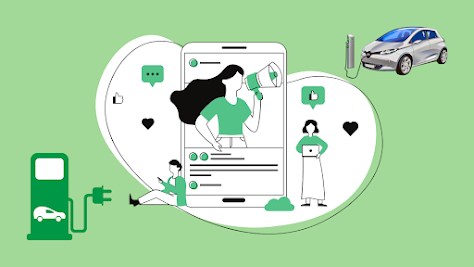 Mahindra’s first tryst with electric mobility was an eight-seater Bijlee, a battery-driven three-wheeler public transport produced on a small scale almost two decades back in 1999. Unfortunately, the vehicle could not find a desired presence and support in the Indian market. Lucknow based Scooters India developed Vikram SAFA, the first and only electric three-wheeler that had a presence on Indian roads in 1996. They had built and sold close to 400 vehicles, yet there was an inherent drawback: these were lead-acid battery-powered vehicles. In 2000, with support from the Ministry of Non-Conventional Energy Sources, an 18-seater electric bus, also driven by a lead-acid battery, was developed by Bharat Heavy Electricals Ltd. (BHEL). Around 200 buses were on the roads of New Delhi.

However, the buses could not sustain themselves due to high battery cost, shorter life span, and low consistency. In 2001 Reva, the world’s first-ever 100% electric-powered car, was launched commercially in the Indian market. The only car that came close to competing in this segment was the Toyota Prius, a hybrid version. Despite its distinct USP, Reva also failed to garner commercial success in the Indian market. The Indian auto market was relatively young; it was only in 1991 that the country had opened its gates to globalization and liberalization. By 2001, global players like Honda, Hyundai and Ford were still taking baby steps in the Indian market. To attract lucrative investments and more players in the market, India’s government decided to make policies in favour of these players. This was the first major pushback for the all-electric car. The government policies and incentives motivated the customers to consider petrol and diesel-fuelled cars only instead of the DC motor-powered, lead-acid battery fuelled Reva. The second major pushback came in the form of the battery weight that considerably affected its range and speed. It was a time when long drives on weekends and holidays were gradually becoming a trend. Despite all its positives, Reva seemed to be in the wrong place at the wrong time. The third and fatal pushback was the Indian customer’s refusal to accept it because owning a car was still aspirational and more of a status symbol.

In the early 2000s, cars were seen as a long-term investment by the customers. A typical car was estimated to have a life of 8 to 10 years. The average Indian family in urban India comprised of four family members—a couple and two children. Hence, anything less than a four-seater was certainly not acceptable. The chairman had an absolute crystal-clear mandate that the company had to pedal faster without presuming any advantage they may have had in this regard and keep investing in a way as if it were just starting from scratch with a clean sheet.