The US–China Trade War: Impact on India and Other Asian Regions 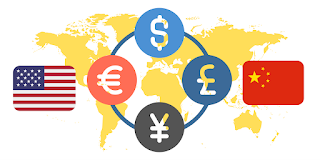 These are challenging targets. They raise the question of whether there are unexplored strategic opportunities in the current global trade situation, including in the looming US–China trade war, which can help India either achieve these targets or at least ensure that there are no significant reversals on the path to achieving them. It is this question that motivates this article on how India should react to the trade tensions between the world’s two largest economies.

More recently, of course, there has been an improvement in India’s export performance, keeping it about 9% compound growth makes exports double in eight years starting from the base 2017–2018 required for doubling exports by 2025. Total exports registered a growth of 13.4% in 2017–2018, with merchandise exports posting a growth of 10.3% and service export growing by 18.8%. This has been followed by further deceleration during 2018–2019, with total exports growing by 8.2%, merchandise exports by 9.1% and service exports by 6.6%.

Simply put, export growth depends both on domestic and global factors. While domestic factors include the efficient allocation of productive resources and supportive policy includes infrastructure and trade facilitation, global factors relate to the international trading regime, global demand and the exchange rate. For example, the decline in exports during 2012–2013 to 2016–2017 is explained by dampened global demand and the appreciation of India’s real exchange rate.

The most potent shocks to the liberal global trading regime had come from US President Trump’s ‘America First’ and ‘Make America Great Again’ policies. Its extreme manifestation is the trade war United States had declared with China. United States and Chinese negotiators had tried hard to avert the retaliatory tariff war.

Most economists agreed that President Trump’s approach to making America great again using trade protection had caused economic losses for the United States, China and the global economy. A special issue of the Journal of Policy Modelling provided a cross-section of such views. Under these circumstances, what should India do? Should it also raise import tariffs when its exports to the United States and China are hurt by higher US and China tariffs? Or should it lower them? Should it respond to opportunities to be part of bilateral or plurilateral free trade agreements enthusiastically or with much caution?

This article seeks to address these questions using a global trade model. While our focus is on analysis of impact on India’s GDP growth and trade, the methodology helps to quantify similar impacts for other major Asian countries. Thìs is the revised version of the NCAER Working Paper The US–China Trade War: Impact on India and Its Policy Choices. The next section is a brief overview of recent studies on similar lines.