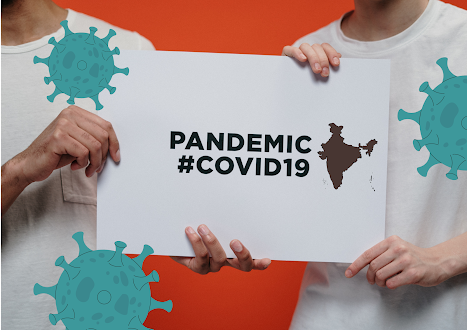 The second wave of SARS-CoV-2 in India—a country broaching 1/5th of the world population, wrought a devastating toll of an astronomical 414,000 daily reported infections and 4,500 reported daily deaths from COVID-19 at its peak in May 2021, leading to a collapse of healthcare infrastructure. Concerns have been raised regarding the inadequacy of the healthcare systems of adjacent countries in this region, as well as tragically realized amidst recent surges of SARS-CoV-2 in some of these countries. To contextualize the SARS-CoV-2 mortality burden within this region (as of 31 July 2021), cumulative reported deaths per million in descending order of gravity are as follows: Nepal 332, India 304, Sri Lanka 206, Bangladesh 124 and Pakistan 104 deaths per million.

It is now well-known that only a fraction of SARS-CoV-2 infections were captured, stemming from a large degree of covert infections, access, willingness and availability of testing and, sometimes, a desire to maintain public image. Similarly, due to incomplete and lagged reporting, lack of medical certification and misclassification of the cause of deaths, not all COVID-19-related deaths have been captured correctly. Infection fatality rates (IFR) are measured as the ratio of the total number of deaths to the total number of infections over a given period. Serological surveys,with rigorous sampling design and cogent analysis, can provide an estimate of the prevalence of antibodies (Ab) formed in response to a past natural infection, and thereby an estimate of the total number of infected cases in an unvaccinated study population, which forms the basis for the denominator of the IFR measure. With the introduction of vaccines, seropositivity could arise both from vaccines or from past infections, and thus such studies are less-informative about the denominator in an IFR calculation. Excess deaths estimates, as commonly understood to be the difference between the expected and the observed all-cause mortality for a specified time period, using the death data released during the pandemic period can give us an idea on the number of COVID-19 deaths we failed to report or the extent of death underreporting. Compartmental epidemiological models, including extended versions of the susceptible-exposed-infected-removed (SEIR) model and renewal process models can also estimate the total number of latent infections and deaths by making stringent assumptions needed to identify certain key parameters.

From a global lens, several systematic reviews have examined this integral measure of SARS-CoV-2 mortality, the IFR, at various points of the pandemic. As of 16 June 2020, a systematic review and meta-analysis of 24 studies estimated a pooled worldwide IFR of 0.68% (95% CI: 0.53–0.82), while noting considerable heterogeneity among the included studies and being unable to adjust for age, comorbidities and other demographic factors (limited by the availability of data).Other efforts to systematically investigate the infection fatality rates of SARS-CoV-2 include a review and meta-analysis of age-specific IFRs from 27 studies among OECD countries (as of 18 September 2020), which concluded that the IFR increases substantially with age, estimating an age-specific IFR of 0.002% among children aged <10 years, 0.01% among younger adults aged ≥25years, 0.4% among adults aged ≥55 years, 4.6% among adults aged ≥65years and up to 15% among adults aged ≥85years. Limited to non-developing countries, this review estimated that 90% of the variation in IFR estimates is explained by the age make-up of the underlying populations.