Why write on MeToo? Or gender? Isn’t it not dead already? 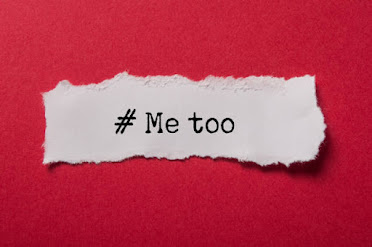 Well, I thought about this too. Not only before I started writing the book, but during, and after. In fact, the why is why I dove into this project, which entailed not just writing the book, but understanding gender and gender rights broadly. As I have noted in the introduction, like for most I know, when MeToo started for me is extremely hard to pinpoint. It’s even harder to pinpoint when, if ever, it will end – but that I will come to later. Just like Tarana Burke, for whom MeToo happened when she listened to a sexual assault survivor but instead of supporting and standing up for her, dismissed her owing to Tarana’s own experience with sexual assault and shame. MeToo – or our experience with sexual assault – or, in a broader sense, our experience with differentiated experience just for being female – are so many, and so much, that it is not tangible or quantifiable. Do we remember how many times they were groped in public transportations? Or how many times they felt violated for no apparent reasons that they could prove? Many I speak too, including myself, don’t believe that this is something worth mentioning. Our acceptance of the unacceptable is pervasive and omnipresent. And as I have showed in the book through a heat map of countries and specific cultural nuances of each that worsen one aspect of gender discrimination (or violence) or other, India can’t be singled out.  Gender violence (or the even more defined space of what the #MeToo ended up representing – workplace sexual harassment) is not something that can be (or in my opinion, should be) put into a defined box. There is a cause and effect and effect and cause relationship between gender un-parity and gender violence (including sexual assault). As the Visakha fight showed in the case Bhanwari Devi – decades prior to MeToo – a women’s lack of safety in her workplace affects her socio-economic parity, and the equality metrics of the entire society.

Therefore, MeToo for me was not just when I was touched without consent. It was when I was asked to not pursue aeronautical or mechanical engineering because certain fields that involve fieldwork just might not be for women. It was when my cousin brother, years younger to me, was asked to escort me for any evening activity. It was every time when I was told no – because I was a girl. How many of us can say, irrespective of which country they are at or from, that they can’t relate? Some of us accept this with pride – seeking solace in feminine identities and roles – some accept this with shame, but we all know it. The matter is, however, even if our brother’s do accompany us, without a revision of the moral fabric of the society, will we be safe?

As Jyoti Pandey showed with her death – no. But without understanding why, how much, what, and how, there can be no revision. That is why I wrote. As I wrote in the book, incidents like that the one we call Nirbhaya, have again and again caused incitements, but gender has consistently fallen secondary to class, caste, and corruption. As I have also shown in the book, that is not unique to India. But we need to change this. We are not fighting for privilege; we are fighting for equality. We are fighting for gender neutrality: no one’s gender should prevent them from being or doing what they want to. Freedom from sexual assault is just a piece of it – but a piece that doesn’t exist in vacuum. And therefore, it doesn’t end.

This is why I wrote.

, who is a Senior Engineering and Program Manager at Intel Corporation and Founder and Director of Her Rights Inc

Check out the title Beyond #MeToo by Tanushree Ghosh , that brings together accounts and analyses from around the world, exploring the movement against the broader backdrop of feminism and gender. 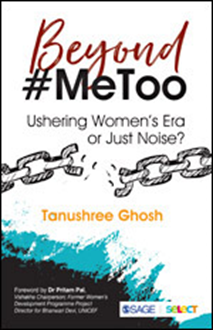