Connecting the Disconnected: The Role of ICT in Women’s Livelihood Restoration in the Resettlement Site Kannagi Nagar in Chennai, India 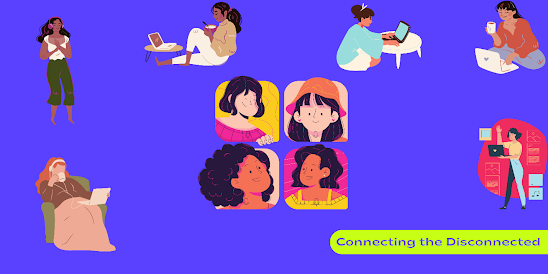 In recent decades, Development-Induced Displacement and Resettlement (DIDR) has gained its scale and impact because of rapid urbanization, population growth and a boom in infrastructure development. Chennai, which is the capital of the state of Tamil Nadu, India, shows this phenomenon with a growing number of DIDR cases. Although the word ‘development’ seems to be promising for livelihood improvement, vast literature shows that the outcome of DIDR is the opposite. DIDR not only causes stress and trauma physically, economically and socio-culturally but also gives rise to what Cernea (2000) famously referred to as ‘impoverishment risks’. Impoverishment is experienced with different intensity by different people, as also shown by the fact that in most cases, women experience a more severe impact of resettlement. Kannagi Nagar, a resettlement colony, constructed by the Tamil Nadu Slum Clearance Board and a home for 15,656 tenements, is living proof of this resettlement catastrophe.

Besides the dynamics of increasing DIDR, the diffusion of digital technology has initiated a new discourse around the role of technology in development. Some literature argues that digital technology might be a great catalyst in solving the problems of the urban poor, through accessibility to public services and greater economic opportunities for example. The question should be asked as to whether digitalization in Chennai, with the long-term vision of becoming a smart city, could be an opportunity for livelihood improvement encompassing resettlement sites such as Kannagi Nagar. Thus, it is necessary to critically examine ICT use in the livelihood restoration of social and financial capital, in order to optimize livelihood strategies for poor women and their families.

As the practice of DIDR is highly increasing, Vanclay argues that livelihood restoration requires more attention than it has so far been given. Among the five livelihood assets or capitals (i.e., human, physical, natural, financial and social) that were noted in the Sustainable Livelihood Framework from DFID, resettlement severely deprives social and financial capital. Koenig argued that due to increased distance from work, employment becomes the most significant challenge for sustaining a standard of living, with ‘joblessness’ being a major consequence. From a social perspective, resettlement also disrupts the social networks of resettled populations and results in difficulty accessing mutual assistance in the community. Moreover, those who are resettled end up being separated from ties with previous neighbours who did not move. It is also important to comprehend that social and financial capitals have the potential to play a significant role in livelihood restoration and enhancement.

However, despite the severe impact that resettlement can have, women are able to endure the shocks and they are also able to be the pioneers of change. Particularly in the urban context, women tend to have ‘triple roles’, which not only includes the reproductive role but also the productive and community-managing role. Specifically building on women’s livelihoods helps rescue them from harsh impoverishment risks and it empowers them to be agents of change in their households and communities.