Crisis of Dominance: Understanding the Rural–Urban Roots of Maratha Caste Mobilisation for Reservation 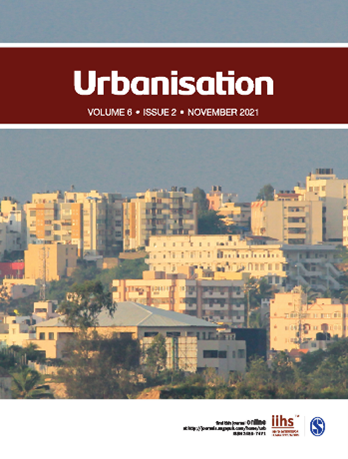 From 1953 to 2008, three National Backward Classes Commissions and three Maharashtra State Backward Classes Commissions rejected the demand from the Maratha community to be included in the OBC list. However, it was only in 2008, when the Bapat Commission rejected the Maratha demand, that the community intensified their mobilisations for reservation in employment and higher education. In this endeavour, the Marathas were successful in pressurising the Government of Maharashtra to institute various committees and issue government resolutions granting them reservation. However, these interventions were consistently challenged in the court of law as the Marathas were unable to prove their social, economic, and educational backwardness. This limitation was overcome by the Gaikwad Commission, which gathered wide-ranging information and, for the first time, concluded that Marathas are ‘socially, educationally and economically backward and entitled for reservation benefits’. It gave the Maharashtra government the necessary legitimacy to legislate the Socially and Educationally Backward Classes (SEBC) Act of 2018, which granted the Maratha caste members 16 per cent reservation in higher education and public sector employment. The SEBC Act was challenged in the Bombay High Court, which upheld its constitutional validity but reduced the reservation to 12 per cent for education and 13 per cent for government jobs. Following this verdict, a series of petitions were filed in the Supreme Court challenging the Gaikwad Commission data and other aspects of the SEBC Act. On 5 May 2021, the apex court struck down the Bombay High Court verdict, making the SEBC Act and Maratha reservation invalid. It argued that ‘the conclusion drawn by the [Gaikwad] Commission is not supportable from the data collected’. The apex court also noted that Marathas are adequately represented in government employment and that there are no extraordinary circumstances that require the granting of a separate quota to the community above the 50 per cent reservation that is in place for various groups. The striking down of the SEBC Act by the Supreme Court is hardly surprising given the fact that six commissions had earlier rejected the Maratha caste’s demand, which they have been making since the 1950s. However, it is only since the mid-1990s that their demand began making an appearance during elections, and since 2016 has taken the form of mass mobilisation. It is important to note that as a dominant caste Marathas are not alone in demanding reservations. Other dominant and socially superior castes such as Patidars in Gujarat and Jats in Haryana too have mobilised on the reservation question. Similarly, since the 1990s, following the implementation of the OBC reservation, Brahmins and other upper caste (OUC) poor have made a case for reservations. The reservations for the economically weaker sections (EWSs) among the upper castes is a product of these mobilisations. Ironically, it is the same upper-caste groups who have militantly opposed reservation granted to the Scheduled Castes (SCs) and Scheduled Tribes (STs), and later to the OBCs. The more pertinent question that needs explanation is the context for the intensification of the reservation demand by the upper castes.