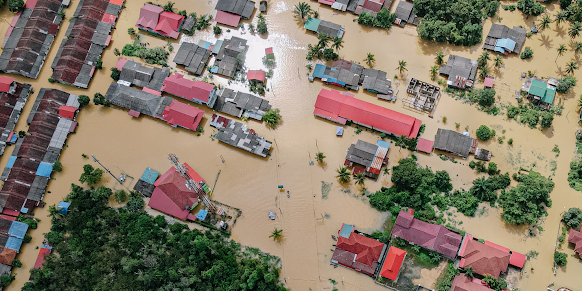 According to the United Nations report (2019), more than 50% of the world population lived in urban areas by 2018. Half of the world’s population is contributed by only five countries, including India. India is estimated to contribute world’s maximum number of urban dweller of 416 million in the coming 30 years. As per the 2011 census, 31% of India’s population was living in cities. Today, more people are shifting to urban centres than ever before because cities offer better opportunities and quality of life. While the total population of India has doubled in the last 50 years, its urban population has grown by five times. This rapid urbanization has led to the unplanned growth of the urban area, which has introduced complex ecological, economic and social changes.

Globally, the implications of climate change in cities remain an urgent concern. Addressing this, sustainable development goal number 11 (United Nations, 2015) concentrates on building sustainable cities, which it specifically defines as cities that are resilient to disaster and adaptive to climate change. The fifth assessment report of IPCC identifies urban areas with a ‘very high confidence’ level of risks from increased storms and extreme precipitation, inland and coastal flooding, drought and water scarcity (IPCC, 2014). Cities are the first responders in a crisis and are also the first to experience the threats. Rapidly growing cities, along with their imminent threats, require an immediate intervention in terms of redesigning the urban system, policies and governance for sustainable development. Sustainable and inclusive growth is the key to unravel the true potential of urbanization. A resilient city considers both the above-mentioned factors.

Flood is one of the most frequent and extensive natural disasters. About one-third of the world’s population was affected by floods during 1985–2003. India leads the table among the most flood-affected countries in the world. Urban areas are likely to be more affected by floods because of the sheer number of resources and people exposed to them. Among the various types of floods, urban flooding is a frequent disaster affecting many cities worldwide. It is becoming more dangerous and costly to manage as the city grows. As climate change, urbanization, increase in population growth and land use change takes place, it is an urgent need to understand the urban flood risk and make flood-resilient cities.

Traditionally, urban flooding is assumed to be an infrastructural problem and thought to be solved with engineering solutions. Sometimes such interventions cause more problems as opposed to resolving them. Moreover, these are cost-intensive, especially for developing countries. However, conventional engineering does not consider the dynamic of land use change. For long-term sustainability, a good land use plan is required, which will consider the forthcoming disaster risks and balance both the present and future needs. Land use planning is a powerful tool in disaster risk reduction, thereby increasing the city’s resilience.

Bhubaneswar, one of the first planned cities of Independent India, has developed rapidly over the decades, making the planning process clumsy. Because of its topography, Bhubaneswar is more prone to waterlogging when natural courses are disturbed. Rapid urbanization has disrupted the hydrological environment of the city’s geographic area. This research article tries to find the rift in the current practice of land use planning in Bhubaneswar and explores the plausibility of formulating a flood resilient spatial plan. There are two objectives of this study. The first objective is to analyse the existing natural drainage systems in the city with respect to its immediate land use and its changes over the recent years of urbanization. The second objective is to assess the urban flood hazard, risk and socio-economic vulnerability of the city. These two objectives would collectively help to understand the lacuna in the present methodology and pave the path to plan a city that can take care of flood risk.