The Role of Financial Inclusion in Eliminating Household Poverty: Evidence from the Rural Wa West District of Ghana

Journal of Land and Rural Studies 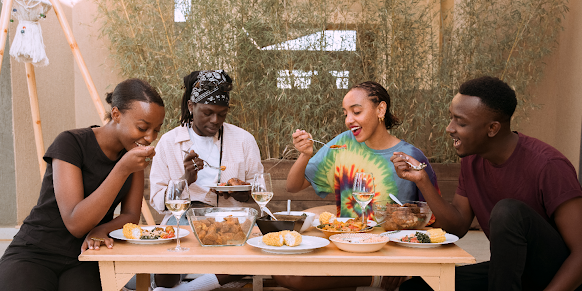 Poverty knows no boundary and remains a global phenomenon that concerns both global and national-level policymakers (UN, 2015). The United Nations Development Programme (UNDP), in 2015 reported that more than 800 million people around the world still live on less than $1.25 a day, and nearly one out of every nine people on earth goes to bed hungry every night. But the situation is not entirely dire. Global data suggests that poverty continues to reduce over time. In 2017, the World Bank reported a fall in the poverty rate to 9.2% from 10.1% in 2015. This means that now, about 689 million people live under $1.90 a day. This is a significant drop in global poverty compared to 36% in 1990. To date, over 1.2 billion people have been lifted out of extreme poverty. The problem however is that global poverty levels are disproportionally high in developing economies. Of this, Africa almost always has the highest statistic. A significant proportion of African people wallow in abject poverty, resulting in a poor standard of living and livelihood (UN, 2015). In 2013, the World Bank reported that 48% of Sub-Saharan African people still live on less than $1.25 per day. Ghana, in 2006, was the first Sub-Saharan African country to achieve target 1 of the Millennium Development Goals which is to halve extreme poverty and hunger by 2015. Despite this remarkable achievement, the incidence of poverty is still significant in Ghana, especially in rural areas. Recent reports from the Ghana Statistical Service (GSS), on Ghana’s poverty situation suggest that considering the upper poverty line of GH¢1,314, the proportion of Ghana’s population defined as poor is 24.2% in 2012/2013 (23.4% in 2016/2017). The poverty gap, which is the average income per year of the poor, falls below the poverty line (GH¢1,314 or equivalent to US$456.25 per annum) by 7.8% (8.4% in 2016/2017). These statistics suggest that some 6.4 million people in Ghana are poor (GSS, 2014a). The incidence of poverty and an increasing poverty gap are unevenly distributed amongst the 10 administrative regions of Ghana (now demarcated into 16 regions). According to the Ghana Living Standard Survey (GLSS6) (GSS, 2014b), more than four in every 10 persons are poor in the Upper East (44.4%), one in every two in the Northern region (50.4%) and seven in every 10 in the Upper West (70.7%). Despite the proximity to each other, there appear to be very wide differences in poverty incidence among the three Northern regions. Wa West district is one of the poorest districts in Ghana. According to the GSS, Wa West has the highest poverty incidence and depth of 92.4% and 59% respectively in Ghana. The report showed that 74,297 people living in the district are poor. This is the highest number in the Upper West Region. These statistics paint a grim picture of poverty in the region. To date, the majority of poverty studies in the region have only recorded the statistics without examining the causes. This is the gap this research seeks to fill. On the other hand, empirical studies, particularly those done in Africa, have touted fintech solutions as a means of reducing the percentage of the unbanked thereby increasing income opportunities and/or eradicating poverty. This study merges these two ideas by examining how financial inclusion affects household income in the district. Specifically, this study looks into how or the extent to which financial inclusion (broadly measured to include fintech solutions) influences household income in the impoverished Wa West district of Ghana.