COVID-19 Pandemic and Popular Discourses in Jharkhand: A Qualitative Study

Journal of the Anthropological Survey of India 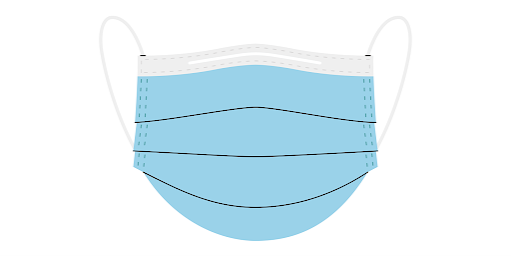 Impacts of COVID-19 pandemic on the society have been diverse and it is important to highlight the human dimension as well when it is dissected from several aspects. Evidently, it has disturbed lives of people leading to cognitive reactions apart from its physical impacts. We have evidences of earlier pandemics affecting human lives negatively. For instance, Liberian case studies of Ebolaepidemic show how the epidemic and especially quarantine practices increased stigmatisation and divisive tendencies which point out the need for providing accurate and consistent information to local communities about the transmission of the virus. Apart from such trends, it would also be interesting to examine popular discourses and responses of the people in relation to the pandemic which would help in strengthening the official policies regarding knowledge strategies.

The word ‘pandemic’ comes from Greek word, pandemos which can be broken down to pan (all) and demos (people) and refers to plague among people across the globe. The word ‘plague’ is derived from Latin word pestis which means curse. It was coined by physician Galen and referred to a lethal epidemic caused by bacteria, Yersinia pestis. Plague was believed to be caused by supernatural power as a punishment to people/population for their sin and hence a divine curse as recognised by an apocalypse where God used diseases on man to accomplish divine and sovereign purpose. Bible has used the term pestilence and plague repeatedly instead of pandemic which is a modern term. The world witnessed several plagues/pandemics like— Plague of Athens, Antonine plague, Plague of Cyprian, Plague of Justinian, Roman Plague and Black Death; and epidemic outbreaks like— smallpox, cholera and Ebola in West Africa. In all pandemics, religion and the associated paradigms like social, cultural and political factors played a major role in shaping the worldview which suggests that every 100 years; the world has to undergo massive threat of pandemic. The notion of curse is certainly part of this worldview, although the dominant version of such a notion is part of the oral culture as so far only a few literatures are available on pandemics and the attached belief system. Campbell (1931) observed that many parts of Europe and Eastern Mediterranean regions during medieval times suffered repeated episodes of major epidemic outbreaks that did not spare any sections of the population and were devastating. These were the deadliest epidemic diseases, especially plague that ravaged the population with high mortality figures. To add further, this manifested itself in cyclic order every 100 years and known as ‘The Black Death of 749/1348 of Europe’ which devastated and dislocated the population and turned the world into ‘silence’, giving way to re-emergence of Islam and Christianity. However, most of the Arabic scholars failed to identify these calamities as epidemics; they considered all of them as natural disasters which also included: flood, famine and droughts in the list of ‘plague’. Medieval Islamic tradition viewed that these catastrophes occur due to ‘corruption happening in air, water and earth ’, and noted that God created venomous insects and contemptible rotten materials that help in purifying and checking the spread of contagious air. According to this view, only God lovers could survive the surging of epidemic/plague and the anti-God would die, thus cleaning the human race.