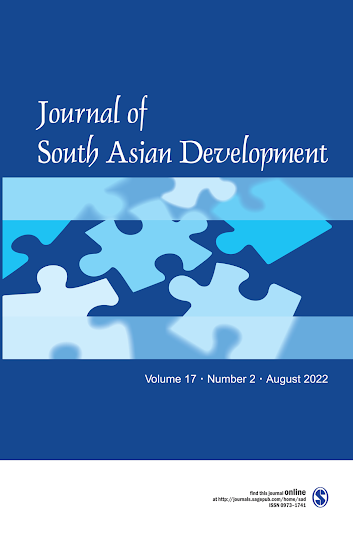 The papers recognize that while collectives spark off transformations in women’s lives, these transformations are often ambivalent and limited. Even as some gender roles are challenged and overturned, others remain.

Why should scholars care about women’s collective organizing in South Asia at this moment in history? Is it because women in South Asia have been important in political movements and have helped and continue to hold important political leadership positions? Or is it because women in South Asia (barring a few countries) have one of the lowest formal workforce participation numbers compared to other regions of the world? Or is it because India remains a notably dangerous place for women, going by recent incidents and statistics on rape and public violence against women? But what are South Asian women collectively desiring, rejecting, concealing, and mobilizing for/against behind soundbites, fleeting media interest and woke headline news of global and mainstream media?

This blog entry introduces a special issue that we edited and contributed to on the role of women’s collectives in social change in South Asia. This special issue takes us to different regions of South Asia and to complex political and cultural contexts to highlight situated possibilities women create for themselves and for their communities and families. In doing so sometimes they rely on power inflected hegemonic tropes of ‘womanhood’ and at other times question such hegemonic registers in creative ways.

We argue in this issue that it is particularly important to examine collectives in this moment because transformations in South Asian women’s lives are increasingly described in individualistic terms in state policies and international development discourses. The emphasis on individual empowerment alone, however, effaces the subtle negotiations that women carry out with state actors, development workers, families, the market and their communities through collectives. A focus on these negotiations opens up a much-needed conversation about the complex ways in which South Asian women navigate ideas and practices of development (amply documented in the individual papers in this special issue by Humera Dinar, Lipika Kamra and Sarasij Majumder). We emphasize that women’s lives in South Asia should not be viewed through the lens of resilience or as oppressed bodies that need to be saved. The reality is somewhere in between (as seen in Debarati Sen and Dina Siddiqui’s individual papers).

We approach the category of women’s collectives with caution to avoid essentialist tropes. While the articles in the special issue consider women’s collectives as formations that deserve scholarly attention, they also problematize the notion that women always come together into collectives based on their identity as women. The collectives that we study take shape in specific regional, economic, and socio-political contexts; we employ our skills as ethnographers to unpack the everyday lives of our women interlocutors in context to enable a more robust yet grounded cross-regional comparison across South Asia and beyond.

The papers in the special issue examine a range of women’s collectives across South Asia, ethnographically observing how women’s collectives might wittingly or unwittingly engender social change. The papers range from looking at how self-help groups for women in West Bengal might help women reimagine individual selfhoods to how developmental collectives in Gilgit Baltistan open up new spaces for women entrepreneurs. The special issue includes work that delves into the entanglements of entrepreneurial selfhood and political predicaments of mothers, wives, and sisters in the context of the century-old subnational movement (Gorkhaland) in Darjeeling. In the context of declining women’s participation in the workforce (alluded to above), women in rural Hooghly see jewelry workshops as transitory spaces between ‘gift’ and ‘commodity’ to question community-level solidarity and the consequences of dichotomy between involvement in the domestic sphere and in the labour force for women. Dina Siddiqui examines the emergence of the figure of the antinationalist or outside agitator and the work of sedition narratives in constructing borders between legitimate and illegal forms of labour mobilization in contemporary Bangladesh.