Are the Australian Left-Arm spin trends headed for an epic turn? 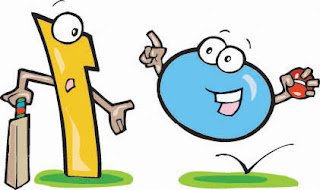 The latest buzz around the lanes of cricket world is all about Australia bringing India’s unbeaten streak of  19 test matches to a juddering halt last Saturday. Australia’s rout of India in the first Test by a huge margin of 333 runs at Pune gets largely credited to the left-arm orthodox spinner, Steve O’Keefe’s superb 12 wicket haul.

This marvellous performance by Steve O’Keefe has interestingly brought back the attention to Australian Left-arm spinners. Australia in fact has never had a great left-arm finger spinner ever in all its 134 years of cricket history and none had ever taken 10 in a match before O’Keefe. 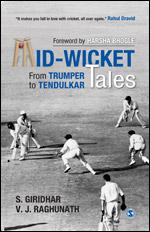 A book “Mid-wicketTales: From Trumper to Tendulkar” by S. Giridhar and V. J. Raghunath has a chapter dedicated to the Left Arm Spinner. While the art of leg spin bowling has been romanticized adequately in cricket literature, somehow the left -arm spinner has always remained typecast as essential but not with the allure of the wrist spinner; as the honest, dependable craftsman, but not the star element of cricket. This book brings to light the interesting fact that Australia has always remained barren when it comes to left arm spinner while England has remained dominant followed by India and other countries in this particular aspect of cricket. The authors in their book, have also this stat-nugget that out of the 5297 wickets captured by left-arm spinners till 2011, only 4% were taken by Australians. There are more such insights culled from the statistics of this domain of cricket that startlingly reveal how weak Australia has been in left-arm spin. And that is why it would be interesting to see whether more such performances by O’Keefe and his ilk from Australia would change the trends in the stats and mark the beginning of the new era of Australian Left-Arm spin.

This book “Mid-Wicket Tales” by S. Giridhar and V. J. Raghunath is written with the passion of a fan and knowledge of a cricketer. It is for all genuine lovers of cricket from every cricketing nation. It celebrates cricket in all its hues and brings alive the rich history, romance and technical nuances of the game, where diligent research and analysis is blended with rare and interesting anecdotes. This book will ensure that its readers forget neither the rich traditions of cricket nor the players who have contributed to uphold the culture of this fascinating sport.