April 04, 2018
This article shares a first-hand account of sexual abuse and slavery on the streets of South Africa during and after apartheid. Reflecting on her days in prostitution, the author of this article also provides an insight into how the prostituted woman is robbed off her dignity and how difficult it is to exit from the physical and mental trauma. She explains the meaning of freedom after apartheid for the street children of South Africa. They celebrated the end of the systemic marginalization of black people but continued to face rampant substance abuse, sexual violence and ‘gangsterism’. This article is a testimony of her from sex slavery to a survivor leader and activist against the backdrop of the apathy of the South African state towards its vulnerable children. 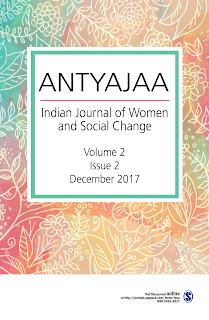 The author takes us through her journey of how she, at the age of 8, after apartheid joins the rest of the kids on the streets of Cape Town where they were introduced to glue and other intoxicants that we sucked out of the bottle to keep themselves high and their minds numb. Then as soon as she reaches the age of 18, she is made to leave the shelter in cape town and is forced to move to Johannesburg. She then further goes on to explain how she joins the rest of the world in prostitution on the streets of Yeoville. She moved from one province to another, tried out low-class prostitution, middle-class prostitution and high-class prostitution.

She also talks about her time when she aged and how South Africa did not have a system for a 29-year-old woman to have a place to stay! Hence, she had to join the streets again and this time around she started cooking and packing drugs for the pimps. One day, she got the opportunity to drop drugs back at home in Cape Town, and that was her moment of escape

She ends on the note stating that 'I just want to say that we have a great survivor movement, and we refuse for others to talk on behalf of us—survivors. And the only action that needs to be done, going forward, is to bring out these survivor voices because they are the testimonies to get this right.'

The article has been taken from the journal 'Antyajaa' (Vol 2, Issue 2) authored by Grizelda Grootboom.

Register now to read in detail about the author's first-hand experience of sexual abuse from the journal 'Antyajaa'.