Do you unfriend or get unfriended? Decode the friend-paradox! 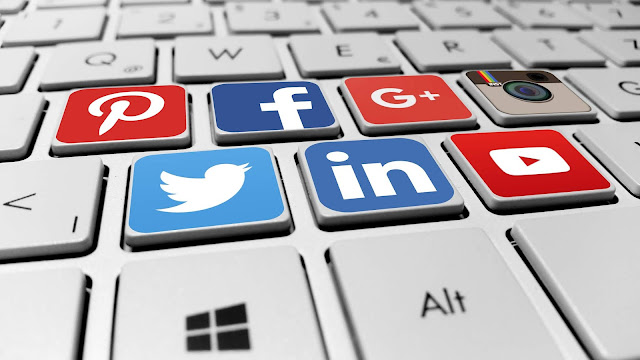 Debashish Sengupta is a dual PhD in management from Central University of Nicaragua (UCN) and Azteca University, Mexico (accredited by ASIC, UK) and holds certificates in ‘Social Psychology’ and ‘Leadership Development’ from Wesleyan University, USA and Japan Management Association, respectively. SAGE is the proud publisher of his book Life of Y and his upcoming book ‘The Life of Z: Understanding Digital Generation Kids and Adolescents’

Millennials experience ‘friend-paradox ‘in their lives. You ask any average millennials, how many friends they have and they will all tell in excess of . They are all counting their social media friends. probed deeper as to how many real have and real means – that those friends will stand by them in all thick and thin; and they will be there with them in all major life events, most of them could not even count on one of their online friends. The fact is that most millennials do not trust their online friends. It is a paradox that one hand, they have so many ‘friends’ but in reality they cannot count on one.

Jimmy Kimmel a famous TV broadcaster in US coined the term Unfriend Day, exasperated by the idea of someone having one thousand friends, urging people to use that particular day (November 17th) to their offensive, passive or useless online ‘friends’.

Having already found ‘friend-paradox’ among millennials, I decided to use Jimmy Kimmel’s idea of unfriending online friends and explore whether the same behaviour is exhibited by Indian millennials. In a poll, that I ran synchronously on Fb and Twitter for more than a week and then backed-up with more data that I collected, a whopping 93% of the millennials sad that they had unfriended ‘friends’ on social media more than once. That was a staggeringly high percentage. The seventeenth of November every year is now observed as unfriending day.


Impact on Social and Emotional Wellness 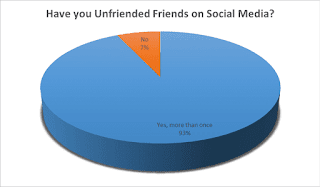 This whole gamut of online virtual friends creates a kind of illusion of having many friends amongst millennials. Take Fb for instance – a typical millennial would have hundreds of friends, another few hundred ‘ requests’ waiting and on top of it Fb also suggest another dozen people who can be their friend. Most such friends either turn out to be trouble for the millennial or are passive and at times very intrusive. Naturally, unfriending became an option.

However unfriending has its own side-effects. It impacts both the social and emotional wellness of millennials. On asking whom they have unfriended on social media, it turns out that many of them have unfriended offline acquaintances and relatives. Some have unfriended complete strangers whose friend request they had accepted because they had some common online friends impressed by their online profile. Their online did not quite live up to that expectation and hence they need to be unfriended. Then there are accounts that keep spamming with unsolicited requests, offensive comments or tagging them into controversial provocative posts, at time even sending obscene materials. These have also been heavily unfriended. And then there instances when offline fights or grudges have resulted in unfriending on social media. percentage appears to be lesser than the other reasons of unfriending.

Unfriending cannot be seen as a mechanical behaviour or a joyful event in the lives of millennial. They are often hurtful and social and emotionally tormenting. One should not mistake unfriending as an act of vengeance by millennials. is behaviour that results from emotional exhaustion or social embarrassment and many times than not it is of self-preservation. 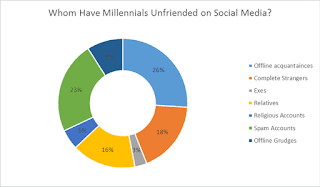 Take, for instance, many millennials have unfriended their close relatives on social media as they turn out to be too intrusive. They use social media platforms to spy on them, stalk them and then create about them socially and personally.

Unfriending on social media is a simple click of a button. real life the stakes and consequences are much bigger. Research has shown that to avoid those offline whom they have unfriended online. The cost of unfriending is less online, much more in real life.

There is an emotional impact on those who are unfriended as well. This often boils down to angry offline fights or arguments. People have got angry calls from parents or relatives questioning why they have been unfriended or blocked. Unfriending has affected real life relationships. People who have unfriended and have no means of contacting offline, sometime resort to other social media platforms in an attempt to reconnect, often to be snubbed again. Unfriending in short can trigger a seething anger amongst those unfriended, make things heavily awkward if both know each other offline as well and definitely erode the real life relationships

Unfriending is an unfortunate but unavoidable behaviour in the life of or a millennial. The social media both a blessing and for them. The friend’s paradox that they experience is a curse that they have no choice but to embrace. Unfriending is a behaviour that stems out from such of their lives and as mentioned earlier is more an act of preserving self and sanity. Although unfriending often brings with it its own share of problems and takes a social and emotional toll on them. This is like a double-edged blade – it cuts them both ways.

Read the SAGE Response book Life of Y by Dr. Debashish Sengupta which dives deep into the life of Generation Y and seeks to create an unbiased understanding about this generation. 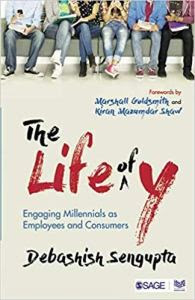 Stay tuned for his upcoming book ‘The Life of Z: Understanding Digital Generation Kids and Adolescents?'

If you have any questions for the author, please write to SAGE Publications, India at marketing@sagepub.in.

This article was originally published on University Express, www.universityex.com on February 19, 2019.