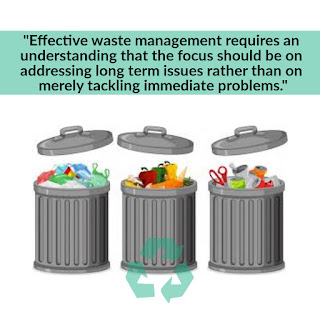 From space, planet Earth appears to be incredibly rich as exemplified in the symbolic image of ‘Earth Rise’ captured by the crew of Apollo 8 on 24 December, 1968.

It seems improbable that in less than 50 years since then, the planet could be on the brink of a set of disasters. One of the most visible disasters facing us today is the growing volume of waste generated in both the production and consumption of goods and services.

The increase in waste can be traced back to two specific observations. First, there is a significant increase in world population. Second, there has been a rise in per capita incomes of individual consumers.

Statistics about waste across industries— 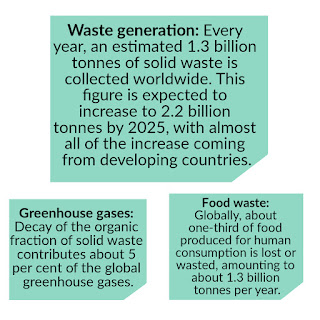 The global waste market, from collection to recycling, is estimated at US$410 billion a year, not including the sizable informal segment in developing countries.

Recycling a tonne of aluminium saves 1.3 tonnes of bauxite residues, 15 m3 of cooling water, 0.86 m3 of process water, and 37 barrels of oil, while preventing the emission of 2 tonnes of carbon dioxide and 11 kg of sulfur dioxide.

One tonne of electrical and electronic waste (e-waste) contains as much gold as 5–15 tonnes of typical gold ore, and amounts of copper, aluminium and rare metals that exceed by many times the levels found in typical ores.

Focusing on the long-term issue—


For example, the scale of waste incineration facilities should be determined not only by focusing on current waste disposal but also keeping in mind how their use might decline in the longer term due to reuse and recycling efforts. This would not only enhance economic, environmental, and social values but also extend product life cycles and facilitate the use of regenerative materials.

In sum, state-private partnerships typically address many current problems. It is essential that such partnerships evolve to integrate a system-wide focus necessary to achieve the 3R’s of waste management over a longer time horizon. 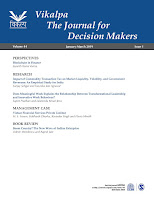 —Taken from Waste Management: A Reverse Supply Chain Perspective in Vikalpa: The Journal for Decision Makers.

Liked what you read?