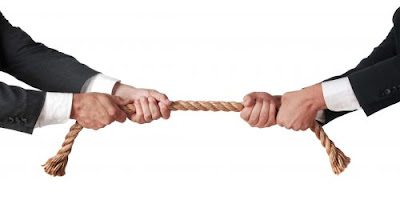 Combats, clangs, and clashes are inevitable parts of the business. They are mostly overwhelming, exasperating and financially draining.

Most managers dread disputes and litigations. But unfortunately, it is not going to ebb. Hence, it harms relationships and smudges reputations.

When conflicts are left unmanaged, it can indict severe damage to any team or organization.
The Indian corporate world perhaps had the most celebrated conflict between Nusli Wadia, chairman Bombay Dyeing and Reliance’s Dhirubhai Ambani, the man known to have the right connections. This was battled in the 1980s.

The fight was on Dimethyltryptamine (DMT), a vital raw material for synthetic fiber and yarn which Reliance made, but Bombay Dyeing sought government license to manufacture it. While Wadia had to contend with bureaucratic delays, Ambani, with the right connections in Delhi continued operation – when Wadia floundered, the Ambanis kept marching on.

The clash of the titans took a heavy toll on the Wadias. If the time and money spent on this epic battle involving even the media in a big way, could have been avoided given the uncertain outcome of any conflict, perhaps the story of the Wadias may have turned out differently to their advantage.

While confrontations and clashes cannot be eliminated in business, but they need to be resolved quickly. The delayed settlement could cost a business dearly. Justice delayed is justice denied.

Human behavior gives many a blow, with some landing knockout punches. Mortal mind is often unpredictable and complex. It is therefore hard to predict and plan for all disputes and conflicts. But it is good to have a risk management plan to either avoid bickering and brawls or should the unfortunate event arise, how to handle it with the least disturbance to the business. This truth is often overlooked by managers while running their day to day battle to do well in their professional endeavors.

Did you find this case-study interesting?
Do you wish to understand many such famous, frequent and common mistakes committed by businesses over time?


Check-out  Who Blunders and How? by Robin Banerjee, a book that not only brings in light many famous business bloopers but also identifies the reasons for such mistakes and how managers can learn from them to build an enduring organization.